Nathaniel Hackett (born December 19, 1979) is an American football coach who is the head coach for the Denver Broncos of the National Football League (NFL). He previously served as an offensive coordinator for the Green Bay Packers from 2019 to 2021, the Jacksonville Jaguars from 2016 to 2018, the Buffalo Bills from 2013 to 2014, and the Syracuse Orange in college football.

After working as an assistant coach for UC Davis and Stanford, Hackett began his NFL career as a quality coach under Jon Gruden with the Tampa Bay Buccaneers in 2006. He served there for two years before moving to the Buffalo Bills in that same role for the 2008 and 2009 seasons. He worked with quarterbacks such as Bruce Gradkowski, Chris Simms, Jeff Garcia, Ryan Fitzpatrick, and Brian Brohm during those years. In 2010, Hackett was hired by Syracuse as their quarterbacks and tight ends coach under Doug Marrone, who he would later follow to Buffalo and Jacksonville. Hackett was promoted to offensive coordinator the following year.

Offensive coordinator of the Buffalo Bills

In 2013, the Bills hired Marrone as their head coach, and Hackett was brought back to Buffalo as the offensive coordinator. With quarterbacks EJ Manuel, Thad Lewis, and Jeff Tuel, the Bills ranked 29th in passing offense that year, but had a prolific running game with halfbacks C. J. Spiller and Fred Jackson. When Kyle Orton took over for Manuel as the Bills' quarterback the following year, the team finished with a more respectable passing offense, but the run game suffered.

After Marrone opted out of his contract with the Bills following the 2014 season, he was hired by the Jacksonville Jaguars as an offensive line and assistant head coach, bringing Hackett with him once again. In 2016, after Marrone was promoted to interim head coach after the firing of Gus Bradley, Hackett was upgraded from quarterbacks coach to interim offensive coordinator after the Jaguars also fired their previous offensive coordinator, Greg Olson. He was confirmed on that position in January 2017.

Working with quarterback Blake Bortles and running back Leonard Fournette, Hackett coordinated the league's best rushing attack in 2017, leading to Jacksonville winning the AFC South and appearing in the AFC Championship game. However, after the Jaguars failed to repeat their success the following year and started 3–8, Hackett was fired by Marrone on November 26, 2018 after the Jaguars lost to the Buffalo Bills 24-21, a move that surprised him.

Hackett was hired by the Green Bay Packers as their offensive coordinator on January 14, 2019.

Hackett is married to his wife, Megan, and they have four children together.

He is the son of former college football and NFL coach Paul Hackett. 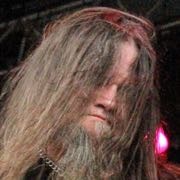 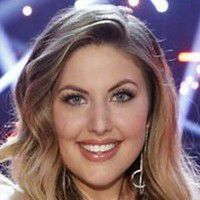