Sir Nathaniel Bacon KB (1585–1627) was a painter and landowner from Culford, Suffolk, England.

Only nine of Bacon's paintings survive. He was particularly known for his kitchen and market scenes, dominated by still-life depictions of large vegetables and fruit, often accompanied by a buxom maid, the most well known being "The Cookmaid with Still Life of Vegetables and Fruit" (Tate Gallery London). This predilection for cook or market scenes is much more common among Dutch and Flemish painters, see for example Joachim Beuckelaer, or from a later generation, Pieter Cornelisz van Rijck, and Cornelis Jacobsz Delff.

Bacon is credited with the first known British landscape, and also painted a self-portrait and a number of other portraits. He was created a Knight of the Bath in 1625, in honour of the Coronation of Charles I.

In 1613, Bacon married Jane, the widow of Sir William Cornwallis, and mother of Frederick Cornwallis, 1st Baron Cornwallis. Bacon died at Culford Hall at the age of 42. He was buried there on 1 July 1627. Their daughter, Jane, aged three years, died that same October, and is buried alongside her father. The entries of their burials follow each other in the Culford Parish Burial Register. Their daughter Anne Bacon married Sir Thomas Meautys in 1639.

He was the son of Sir Nicholas Bacon, 1st Baronet.

Anne Bacon, Lady Drury, was his sister, and it is believed he may have had some influence on the remarkable series of small paintings which make up Lady Drury's Closet.

Bacon is commemorated at St Mary's Church, Culford with a monument by the sculptor Nicholas Stone. In June 1628 Bacon's brother Sir Edmund Bacon saw it being made at Stone's workshop in London's Long Acre, and noted "My brother's monument goes well forward, I saw it so much as is done, the day before I came own of town".

The contents of this page are sourced from Wikipedia article on 30 Jun 2020. The contents are available under the CC BY-SA 4.0 license.
View Nathaniel Bacon 's image gallery
Image Gallery 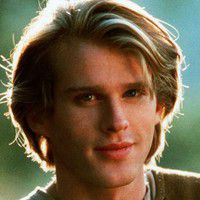