Nathan Fillion (/ˈfɪliən/; born March 27, 1971) is a Canadian-American actor, best known for the leading roles of Captain Malcolm "Mal" Reynolds on Firefly and its film continuation Serenity, Richard Castle on Castle and John Nolan on The Rookie.

Fillion has acted in traditionally distributed films like Slither and Trucker, Internet-distributed films like Dr. Horrible's Sing-Along Blog, television soap operas, sitcoms and theater. His voice is also featured in video games, such as the Bungie titles Halo 3, Halo 3: ODST, Halo: Reach, Destiny and Destiny 2, along with the 343 Industries video game Halo 5: Guardians.

Fillion first gained recognition for his work on One Life to Live in the contract role of Joey Buchanan, for which he was nominated for a Daytime Emmy Award for Outstanding Younger Actor in a Drama Series as well as for his supporting role as Johnny Donnelly in the sitcom Two Guys and a Girl.

Nathan Fillion was born in Edmonton, Alberta, Canada, the younger of two sons of Robert "Bob" Fillion and June "Cookie" Fillion (née Early), both retired English teachers. Both sides of his father's family were part of the Quebec diaspora in Fall River, Massachusetts, and his mother had a Norwegian maternal grandfather and a Finnish maternal grandmother.

Fillion was raised in Edmonton's Mill Woods neighborhood and completed his secondary and post-secondary education in Edmonton, attending Holy Trinity Catholic High School, Concordia University College of Alberta, and the University of Alberta, where he was a member of the Kappa Alpha Society. He has been a U.S. citizen since 1997.

After working in several theatre, television, and film productions, including Theatresports with Rapid Fire Theatre and the improvised soap opera Die-Nasty, Fillion moved to New York City in 1994 where he acted in the soap opera One Life to Live as Joey Buchanan, for which he was nominated in 1996 for a Daytime Emmy Award for Outstanding Younger Actor in a Drama Series. In 1997, he left the series to pursue other projects (but would return for a brief guest appearance in 2007).

After moving to Los Angeles, he played a supporting role in the sitcom Two Guys, a Girl, and a Pizza Place, and was cast as James Frederick "The Minnesota" Ryan in Steven Spielberg's Saving Private Ryan.

In 2002, Fillion starred as Captain Malcolm Reynolds in the Joss Whedon science fiction television series Firefly, for which he won the Cinescape Genre Face of the Future – Male award by the Academy of Science Fiction, Fantasy & Horror Films, USA. Fillion also won the Syfy Genre Awards in 2006 for Best Actor/Television and was runner-up for Best Actor/Movie. Fillion called his time on Firefly the best acting job he ever had, and compares every job he has had to it. Although the show was cancelled, it was adapted to the big screen; he reprised his role as Mal in Whedon's movie Serenity (2005).

In 2003, Fillion had a recurring role as Caleb in the final five episodes of Joss Whedon's series Buffy the Vampire Slayer.

Fillion lent his voice to the animated series King of the Hill in 2001, the video game Jade Empire (as the voice of Gao the Lesser), and the animated series Justice League Unlimited (as Vigilante in the episodes "Hunter's Moon" and "Patriot Act") in 2005–06. He portrayed Green Lantern/Hal Jordan in Green Lantern: Emerald Knights, Justice League: Doom, Justice League: The Flashpoint Paradox and Justice League: Throne of Atlantis and The Death of Superman. Fillion starred in James Gunn's 2006 horror film Slither. For his starring role as Bill Pardy, he garnered a 2006 Fangoria Chainsaw Awards nomination in the category of Dude You Don't Wanna Mess With.

In October 2006, Fillion signed a talent holding contract with the Fox Broadcasting Company, and in December 2006, The Hollywood Reporter confirmed that Fillion was cast as Alex Tully in the series Drive, which debuted on Fox in the spring of 2007. Drive was created by Tim Minear. Ivan Sergei played Alex Tully in the original pilot episode of Drive. The first two Drive episodes premiered on April 13, 2007, in Canada (April 15, 2007 in the United States). However, the show did not deliver the ratings Fox desired, and on April 25, 2007, the network announced that the series was cancelled. The final two produced episodes were supposed to air back-to-back on Fox in July 2007 but did not actually become available until July 15 when they were posted on the Drive MySpace page.

Fillion joined the cast of ABC's Desperate Housewives at the beginning of the fall 2007 season, portraying Dr. Adam Mayfair. His first appearance was in the episode "Now You Know", which aired on September 30, 2007. His final appearance was the final episode of season 4.

Fillion voiced the role of an ODST Gunnery sergeant in the Xbox 360 game Halo 3, alongside fellow Firefly stars Alan Tudyk and Adam Baldwin. At one point early in the first mission, he identifies himself as "[Sergeant] Reynolds" over the radio, referring to his character's name from the TV series Firefly. All three actors are given personalities in the game that match those of their characters from Firefly. He provides the voice and portrayed likeness for Gunnery Sergeant Edward Buck in Halo 3: ODST, Halo 5: Guardians, and a brief appearance in Halo: Reach.

In March 2009, the first episode of the ABC television series Castle aired, in which Fillion starred as the titular character Richard Castle, a mystery novelist who helps the NYPD solve (frequently bizarre) murders. In May 2009, ABC green-lit the production of the series for a second season. In 2009, Fillion was nominated for Satellite Award for Best Actor – Television Series Drama for his performance in Castle. On March 30, 2010, ABC announced that Castle had been renewed for its third season with a 22-episode full-season order. Castle was renewed for a fourth season on January 10, 2011, a fifth season on May 10, 2012, a sixth season on May 10, 2013, and a seventh season on May 8, 2014. The show was cancelled by ABC in 2016, with the final episode airing on May 16 of that year.

Since 2011, Fillion has appeared as the recurring Space Western character Cactoid Jim in performances of the podcasted live show The Thrilling Adventure Hour, a stage show premised on the idea that actors are performing as characters in a radio show. The character of Cactoid Jim first appeared as part of the recurring segment "Sparks Nevada, Marshal on Mars", but was soon given his own segment, called "Cactoid Jim: King of the Martian Frontier". Fillion has advertised his participation as a guest star on The Thrilling Adventure Hour by means of including filmed elements of the live show on the DVD set for season 4 of Castle.

In 2014 he appeared in the video game Destiny as the character Cayde-6 as a somewhat minor character. Over the next few years his role became larger with expansions to the game. Fillion returned to the role in Destiny 2, and is featured prominently in the game.

In 2015 and 2016, Fillion worked with Alan Tudyk on a web series called Con Man, loosely based on their experiences on the convention circuit after Firefly.

In February 2018, Fillion was cast to star as John Nolan in the new ABC TV series The Rookie, which was created by former Castle executive producer Alexi Hawley.

On July 16, 2018, Fillion and director Allan Ungar released a live action short film based on the Naughty Dog franchise Uncharted. The short immediately went viral and was praised for its witty humor, action, and ability to stay true to the source material. Fans and critics took to social media and began campaigning for Netflix to turn it into a series while referring to it as one of the best adaptations of a video game.

Fillion has been associated with the public artist Martin Firrell since 2009. He is the subject of two works of contemporary public art by Firrell: Complete Hero (digital projections of text and video portraiture to the West and North elevations of the Guards Chapel, Wellington Barracks, London, 2009) and Metascifi (a digital app investigating American television science fiction series for ideas and strategies for living well).

Fillion was the 'face' of Complete Hero. The artist explained the choice of Fillion as follows: "I wanted to make a piece of work that looked at all kinds of heroism, not just the usual derring-do of white square-jawed men. But I thought it would be interesting to start with a white, square-jawed man and Nathan Fillion agreed to take part."

In Metascifi, Fillion discusses the deeper significance of his Firefly character Captain Mal Reynolds, reflecting on some of the universal preoccupations of any human life: death, love, evil, intimacy, power, vulnerability, violence and freedom.

In 2007, Fillion and author PJ Haarsma co-founded the non-profit organization Kids Need to Read, to help inspire kids' imaginations by getting more books into underfunded libraries.

Fillion's association with Charity: Water garnered over $60,000 worth of donations in 2019.

The contents of this page are sourced from Wikipedia article on 10 Mar 2020. The contents are available under the CC BY-SA 4.0 license.
View Nathan Fillion 's image gallery
Image Gallery 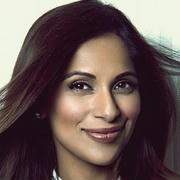 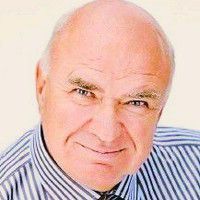 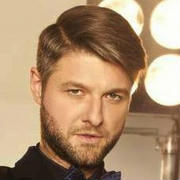