Nathalie Delon (born Francine Canovas, also known as Nathalie Barthélémy; 1 August 1941 – 21 January 2021) was a French actress and film director. She was notable for her first acting role, appearing opposite her husband, actor Alain Delon, in neo-noir film Le Samouraï by Jean-Pierre Melville. Their highly publicized marriage dissolved after four and a half years, but she went on to appear in some 30 films and directed two more.

Francine Canovas was born on 1 August 1941 in Oujda, Morocco, then under French Protectorate in Morocco, to a family of Spanish origin. She was the daughter of Louis Canovas (1915–2003), pied-noir of Oran (Algeria), manager of a transport company in Morocco, who abandoned her at the age of eight months in 1942. Her mother was from Melilla.

In 1959, Nathalie married for the first time to a conscript from the north of France, Guy Barthélémy, who later become the signing officer of the Omnium Marocain d'Assurance. They have a daughter also named Nathalie. They soon divorced and in 1962 she moved to Paris.

On 13 August 1964, Nathalie married the actor Alain Delon, with whom she was expecting a child, in the Loir-et-Cher. At 21, she had met him at a nightclub with his fiancée actress Romy Schneider. The actor, at the height of his career at 29, was under media scrutiny following five years of stormy public drama with Schneider.

After the wedding, attended by the mayor and two witnesses and kept secret until after they left the country, the couple boarded the SS France at Le Havre for a honeymoon in the United States. They then went directly to Hollywood because Alain Delon had a contract with Metro-Goldwyn-Mayer (MGM), but it was soon terminated by the American company.

Their son, Anthony Delon, was born the following month at Cedars-Sinai Medical Center in Los Angeles. The Delons lived in the United States for a year before returning to Paris.

In 1967, Nathalie became a film actress, starring opposite her husband in the film Le Samouraï by Jean-Pierre Melville, which became a hit. Writing of Delons' performances in Le Figaro, Bertrand Guyard notes husband and wife are both nearly silent but "their gazes, fraught with meaning, are enough to thrill the camera" with the director drawing from their portrayals "a mythical couple in the seventh art."

On 14 February 1969, they divorced after four and a half years of marriage, while Alain Delon became involved with Mireille Darc, his costar in the 1969 film Jeff by Jean Herman.

Thereafter, Nathalie Delon continued her acting career until the 1980s. In 1971 she appeared in When Eight Bells Toll with Anthony Hopkins. In a review in The New York Times, critic Vincent Canby said her performance "evokes all the mystery and enchantment of Bella Darvi's performance as the physicist in Samuel Fuller's Hell and High Water." In 1973, she appeared in Le Sex Shop, her turn one of the film's "moments of real pleasure" as one of its "really marvelous girls", Roger Greenspun wrote in The New York Times.

In 2006, Delon published a memoir, Pleure pas, c'est pas grave (Don't cry, it's okay). Le Figaro described it as an account of a dark period in her life—her painful marriage to Delon and his infidelities, her descent into drug use—yet includes moments that made her laugh and the reader too by extension: "delicious and entertaining anecdotes". 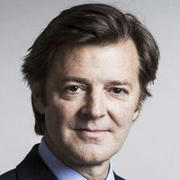 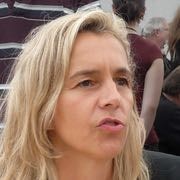