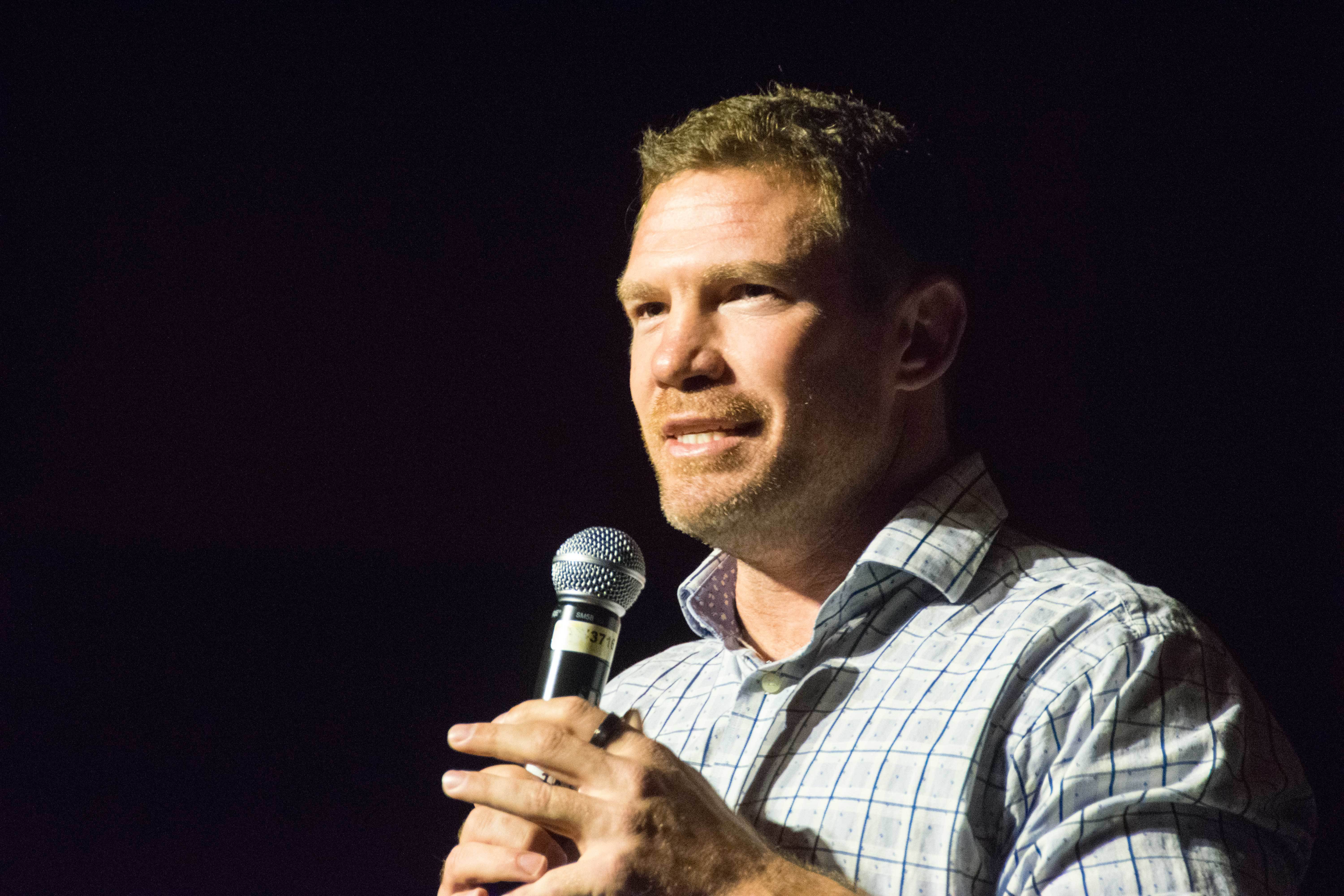 Nate Boyer (born January 9, 1981) is an American football long snapper who is currently a free agent and former United States Army Green Beret. He played college football at the University of Texas.

Boyer grew up in El Cerrito, California, and attended Amador Valley High School before transferring to Valley Christian School. His father is a veterinarian and his mother is an environmental engineer. After graduating high school, Boyer briefly worked as a deck hand on a sport fishing boat in San Diego. He also trained to become a firefighter before quitting. After high school graduation in 1999, Boyer moved to Hollywood to pursue an acting career. In 2004, he became a relief worker in Sudan, building camps for refugees of the War in Darfur. After a short tenure there, he enlisted in the United States Army, training at Fort Benning, and later was accepted into the Green Berets. After multiple tours in both Iraq and Afghanistan, Boyer earned an honorable discharge after six years of service.

Despite never playing a down of organized football in his life, Boyer played for the University of Texas as a walk-on. He was a redshirt for his freshman year in 2010, while playing once in 2011 against Texas Tech as a member of the kickoff team. The following year, he became the team's starting long snapper, and played 38 consecutive games for the Longhorns. From 2012–2014, he was a first-team Academic All-Big 12 Conference member, while also being named an Academic All-American in 2012. He was also named the 2012–13 Big 12 Sportsperson of the Year, the third Longhorn to be honored, and was the inaugural winner of the Armed Forces Merit Award. From 2013–14, he was a semifinalist for the William V. Campbell Trophy. In 2015, he was named to the NFF Hampshire Honor Society, which recognizes athletes with a cumulative grade point average of at least 3.2 during their college careers.

Boyer graduated in May 2013 with a physical culture and sports degree.

Boyer was not invited to the NFL Scouting Combine, though he attended Texas' Pro Day on March 24. Boyer later attended the San Francisco 49ers' Pro Day on April 17.

After going undrafted in the 2015 NFL Draft, Boyer signed a free agent contract with the Seattle Seahawks on May 2. He was involved in three plays in the Seahawks' first preseason game against the Denver Broncos, and recorded a tackle. He was released by the Seahawks on August 18 to make room for quarterback Jake Waters.