Natasha Yarovenko graduated in Romance and German Philology in Odessa, Ukraine. In 2000 she moved to Barcelona where she began her career as an actress. Yarovenko first appeared on regional television in Catalonia and then debuted on national television.

In 2011 Yarovenko won two awards for the Best New Actress for her role in the film Room in Rome, one at the Turia Awards and the other at the 25th Goya Awards. 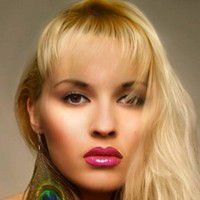