Natalie G. Ahn is a professor of chemistry and biochemistry at the University of Colorado at Boulder. Her research is focused on understanding the mechanisms of cell signaling, with a speciality in phosphorylation and cancers. Ahn's work uses the tools of "classical chemistry" to work on understanding the genetic code and how genetics affects life processes. She has been a professor at the University of Colorado at Boulder since 2003, where she is a Distinguished Professor. She was a Howard Hughes Medical Institute investigator between 1994 and 2014. In 2018, she was elected to the National Academy of Sciences and named a fellow of the American Academy of Arts and Sciences.

Past education, research, and awards

Ahn earned her bachelor's degree in chemistry from the University of Washington, Seattle in 1979. Ahn conducted research in Lyle Jensen's lab, focusing on X-ray crystallography. Her participation in this research aided in better understanding of protein folding and visualizing of the 3-D structure of proteins by using computational techniques with X-ray crystallography. Additionally, Ahn worked as an undergraduate research assistant in David Teller's lab, which investigated protein hydrodynamics, the study of the motion of proteins relative to their aqueous environment, which they can either be suspended or dissolved within.

In 1985, she received her PhD in chemistry at the University of California, Berkeley. Here, Ahn worked with Judith Klinman, studying enzymology.

Ahn's first postdoctoral job was studying hormone receptor binding at the University of Washington with Christoph de Haen. Ahn then moved to Edwin Kreb's lab, where she began her career in signal transduction. In this lab, Ahn was "one of the first to describe MAP kinases and MAP kinase kinases." She started working at the University of Colorado Boulder in 1992. Ahn was part of the Searle Scholars Program to fund young scientists' work in 1993. She was one of eight project collaborators who won a grant from the W.M. Keck Foundation for identifying proteins in a single cell type. In 2012, she was named College Professor of Distinction at the University of Colorado. In 2014, she became part of the Subcellular Pan-Omics for Advanced Rapid Threat Assessment (SPARTA) team which is a biochemical project supported by the Defense Advanced Research Projects Agency (DARPA).

Ahn is currently working at the University of Colorado and is conducting research on cell signaling, information and proteomics, and molecular biophysics. Specific topics of her research include:

Ahn was elected president of the American Society for Biochemistry and Molecular Biology (ASBMB) in the summer of 2015. She was previously a member of the council. She began attending the ASMBM annual meeting while still a PhD student at the University of California, Berkeley and gave her first public research talk at one of these meetings. 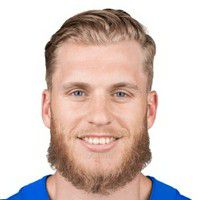 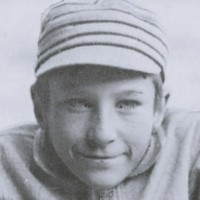