Natalia Altea Jiménez Sarmiento (born December 29, 1981 in ) known professionally as Natalia Jiménez is a Spanish singer and songwriter. She was the lead singer of the Spanish pop band La 5ª Estación which rose to fame in Mexico in 2000. She later decided to leave the band and continue with her successful solo career. She has been a coach on La Voz Kids USA and La Voz... Mexico.

Natalia Jiménez Sarmiento was born on December 29, 1981, to a Spanish father who was a singer and a Portuguese Romani mother.

Jiménez married her long time boyfriend and manager, Daniel Trueba, at the beginning of 2016. The couple had their first child, a daughter named Alessandra, on October 21, 2016.

In 2007, Jiménez featured in the album Real by Puerto Rican singer Ednita Nazario, performing a duet song titled "No", composed by Armando Avila and herself.

On November 12, 2010, after appearing and performing at the 2010 Latin Grammys with Ricky Martin, Jiménez announced her solo album and said she hoped to release her first single in January 2011. She also announced that the band La Quinta Estación was not broken up and that she and Angel Reyero, her bandmate, were focusing on solo projects. She said, "The band is still there, everything is still there, one day we will release another album [as La Quinta Estación]".

Jiménez's first single as a solo artist, "Por Ser Tu Mujer", was released on April 5, 2011. Her self-titled debut album Natalia Jiménez was released on June 21, 2011 in the United States.

In early 2013, it was reported that Jiménez had been working on her second studio album as a solo artist, and the album was scheduled to be released in the summer. However, during the 2013 Billboard's Most Influential Women in Latin Music luncheon, Natalia confirmed the album would be released by the end of the year and also stated the album would be bilingual. In March 2014, she became a coach on the second season of Telemundo's TV series La Voz Kids alongside Prince Royce and Roberto Tapia. In 2015, she returned as a coach on the third season of La Voz Kids alongside Daddy Yankee and Pedro Fernández. She was named that season's winning coach. She returned to La Voz Kids as a coach for the fourth season in 2016, and her team won that year as well.

Her third album, Homenaje a La Gran Señora, was released on December 9, 2016.

As a solo artist: 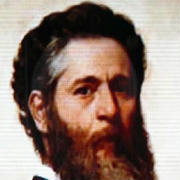