Yasuhara was born in Aichi Prefecture on August 9, 1968. After graduating from Osaka University of Commerce, he joined his local club Toyota Motors (later Nagoya Grampus Eight) in 1991. Although he debuted in 1993, he could hardly play in the match. In 1995, he moved to Uruguay and joined River Plate Montevideo. In 1996, he returned to Japan and joined Japan Football League club Honda. Although the club won the champions in 1996, he could hardly play in the match. He could not play at all in the match from 1998 and retired end of 1999 season.

After retirement, Yasuhara started coaching career at Honda in 2000. In 2004, he became a manager for Tokai Gakuen University and managed until 2011. In 2006, he also became a manager Japan Football League club FC Kariya. However he was sacked in June 2007.

The contents of this page are sourced from Wikipedia article on 08 Mar 2020. The contents are available under the CC BY-SA 4.0 license.
comments so far.
Comments
From our partners
Sponsored
Reference sources
References
https://data.j-league.or.jp/SFIX04/?player_id=296
https://web.archive.org/web/20110629100955/http://www.j-league.or.jp/csc/report/report_yasuhara.html
Trending today in 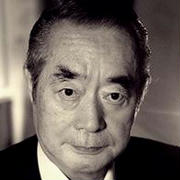 Daimyo of the early Edo period; 1st lord of Takamatsu