Naomi Davis Shelton (born Naomi Virginia Davis; October 14, 1942) was an American gospel, blues, funk, and soul musician, who played traditional black gospel, deep funk, northern soul and rhythm and blues styles of music. She started her music career, in 1958, after she graduated from high school in Alabama. Davis was the lead singer of The Gospel Queens from Brooklyn, later known as Naomi Shelton & the Gospel Queens.

Shelton was born Naomi Virginia Davis on October 14, 1942, in Midway, Alabama, where she was the younger sister of Hattie Mae and Annie Ruth. She was raised in the church at Mount Coney Baptist Church, by her parents. They sang together, until the first one graduated from high school, eventually she would graduate in 1958, first going to Florida, then she settled in Brooklyn, during 1963. She did the job of a maid by doing cleaning work at houses in Brooklyn, while she was singing at the Night Cap, during the evenings. She is married to Dennis Shelton.

She started professional singing right after she graduated from high school in 1958, with her first recording deal falling through in 2002 with Desco Records, after they liquidated. Shelton would eventually get a recording contract with Daptone Records, where she is the lead singer of The Gospel Queens, while they have released two albums. She appears as herself in the 2014 film, Song One.

The contents of this page are sourced from Wikipedia article on 28 Mar 2021. The contents are available under the CC BY-SA 4.0 license.
View Naomi Shelton 's image gallery
Image Gallery 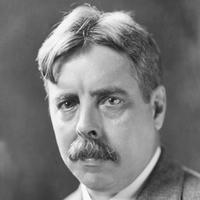