Nancy Hetherington is a former American politician, who served in the Rhode Island House of Representatives from 1994 to 2002.

Toward the end of her term in office, Hetherington came out as lesbian in an op-ed written to support a civil unions bill she had introduced in the legislature, becoming the first out lesbian to serve in the state house. She retired from office in 2002.

Prior to her election to the legislature, Hetherington was a social worker and an ordained Methodist minister.

The contents of this page are sourced from Wikipedia article on 16 Jul 2020. The contents are available under the CC BY-SA 4.0 license.
comments so far.
Comments
From our partners
Sponsored
Reference sources
References
http://www.edgeboston.com/index.php?ch=news&sc=glbt&sc3=&id=65367
Trending today in 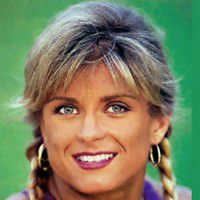