Nana Asma'u (full name: Nana Asma’u bint Shehu Usman dan Fodiyo, Arabic: نانا أسماء بنت عثمان فودي‎; 1793–1864) was a princess, poet, teacher, and a daughter of the founder of the Sokoto Caliphate, Usman dan Fodio. She remains a revered figure in northern Nigeria. She is held up by some as an example of education and independence of women possible under Islam, and by others as a precursor to modern feminism in Africa.

Nana Asma'u was born in 1793 and named after Asmā' bint Abi Bakr, a companion of the Muslim Prophet. In her childhood she lived through the Fulani War (1804–08), a campaign of jihad which established the powerful Sokoto Caliphate, an Islamic empire. The daughter of the Caliphate's founder Usman dan Fodio and half-sister of its second Sultan Muhammed, she outlived most of the founding generation of the Caliphate, and was an important source of guidance to its later rulers. From 1805, members of the Caliph's family came to great prominence, including the Caliph's female relatives. While Nana Asma'u became the most prominent, her sisters Maryam and Fatima, and the Caliph's wives Aisha and Hawwa'u played major literary and political roles in the new state. Like her father, she was educated in Qur'anic studies, and placed a high value upon universal education. As exemplars of the Qadiriyya Sufis, dan Fodio and his followers stressed the sharing of knowledge, especially that of the Sunnah, the example of the prophet Muhammad. To learn without teaching, they thought, was sterile and empty. Thus Nana Asma'u was devoted, in particular, to the education of the Muslim women. Like most of the rest of her family, she became a prolific author.

Well educated in the classics of the Arab and Classical world, and well versed in four languages (Arabic, the Fula language, Hausa and Tamacheq Tuareg), Nana Asma'u had a public reputation as a leading scholar in the most influential Muslim state in West Africa, which gave her the opportunity to correspond broadly. She witnessed many of the wars of the Fulani War and wrote about her experiences in a prose narrative Wakar Gewaye, "The Journey". As the Sokoto Caliphate began as a cultural and religious revolutionary movement, the writings of its leaders held a special place by which later generations, both rulers and ruled, could measure their society. She became a counsellor to her brother when he took the Caliphate, and is recorded writing instructions to governors and debating with the scholars of foreign princes.

Among her more than 60 surviving works written over 40 years, Nana Asma’u left behind a large body of poetry in Arabic, the Fula language and Hausa, all written in the Arabic script. Many of these are historical narratives, but they also include elegies, laments, and admonitions. Her poems of guidance became tools for teaching the founding principles of the Caliphate. Asma'u also collaborated closely with Muhammed Bello, the second Caliph. Her works include and expand upon the dan Fodio's strong emphasis on women leaders and women's rights within the community ideals of the Sunnah and Islamic law.

Others of the surviving written works by Asma'u are related to Islamic education: for much of her adult life she was responsible for women's religious education. Starting around 1830, she created a cadre of women teachers (jajis) who travelled throughout the Caliphate educating women in the students' homes. In turn, each of these jajis used Nana Asma’u's and other Sufi scholars writings, usually through recited mnemonics and poetry, to train crops of learned women, called the ’yan-taru, or "those who congregate together, the sisterhood." To each jaji she bestowed a malfa (a hat and traditional ceremonial symbol of office of the pagan Bori priestesses in Gobir) tied with a red turban. The jajis became, thus, symbols of the new state, the new order, and of Islamic learning even outside women's community. In part, this educational project began as a way to integrate newly conquered pagan captives into a Muslim ruling class. It expanded, however, to include the poor and rural, training teachers who travelled across the sprawling Caliphate.

Nana Asma'u's continued legacy rests not just on her literary work, but also on her role in defining the values of the Sokoto state. Today in Northern Nigeria, Islamic women's organisations, schools, and meeting halls are commonly named for her. She re-entered the debate on the role of women in Islam in the 20th century, as her legacy has been carried by Islamic scholars and immigrants to Europe and its academic debates.

The republishing and translation of her works has brought added attention to the purely literary value of her prose and poems. She is the subject of several studies, including Jean Boyd's The Caliph's Sister: Nana Asma'u 1793–1865: Teacher, Poet and Islamic Leader (1989), described as an "important book" that "provides a good read for the nonspecialist willing to discard common stereotypes about women in Africa", and One Woman's Jihad: Nana Asma’u, Scholar and Scribe by Beverly B. Mack and Jean Boyd (2000). The Collected Works of Nana Asma’u, Daughter of Usman dan Fodiyo 1793–1864, edited by Boyd and Mack, was published in 1997.

In 2019 Governor Aminu Waziri Tambuwal of Sokoto state has directed the state ministry of lands and housing to provide suitable land for the immediate take-off of Nana Asma’u University of Medical Sciences in Sokoto to be established by the Sultan foundation. 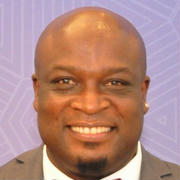 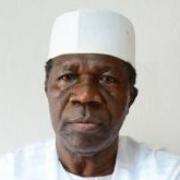