Until the Russian Revolution, Lamanova held a title of supplier of Her Majesty's Imperial Court. Lamanova created gowns for the Empress Alexandra Feodorovna. After the Revolution, Lamanova was the only renowned designer to stay in Russia and lay the basis for the new Soviet fashion. In cooperation with Russian artist and sculptor Vera Mukhina Lamanova won the Grand-prix at the International Exposition of 1925 in Paris.

The contents of this page are sourced from Wikipedia article on 13 May 2020. The contents are available under the CC BY-SA 4.0 license.
View Nadezhda Lamanova 's image gallery
Image Gallery 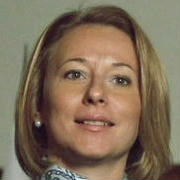