Born in Priboj, Hasanagić started playing football at FAP, before moving to Partizan in 1961. He was a member of the team that played in the 1966 European Cup Final against Real Madrid. In later years, Hasanagić played with Servette and La Chaux-de-Fonds in Switzerland.

Hasanagić also made five appearances for the Yugoslav national team between 1965 and 1967. 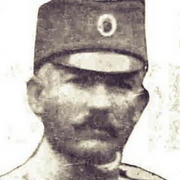