Muqarrab Khan of Golconda (titled Khan-Zaman Fath Jang) was the most experienced commander in Golconda, during the reign of Abul Hasan Qutb Shah. Muqarrab Khan is known to have been an ally of Afzal Khan and defended Golconda's southern realms against Maratha raids.

After Abul Hasan Qutb Shah, escaped from his administrative duties by retreating into the Golconda Fort along with 1000 women who were known for their mastery in music and song. Muqarrab Khan had become the de facto ruler of Golconda.

Defection to the Mughal Empire

The contents of this page are sourced from Wikipedia article on 06 Jan 2020. The contents are available under the CC BY-SA 4.0 license.
View Muqarrab Khan 's image gallery
Image Gallery 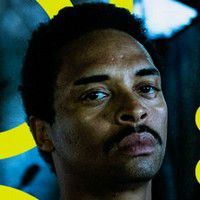