Muhammad Yusuf Kandhlawi (Arabic: مولانا محمد يوسف كاندهلوي ‎‎) also known as Hadhratji (1917–1965) was an Islamic religious scholar in pre/post-independence India, who became the second ameer of tablighi jamaat. He was born to a notable family of scholars and was exposed to an environment of piety at a young age. He memorized the Quran at the age of ten and continued to study Hadith and the Islamic Sciences. He had a deep connection with the scholars of the time, and was recognized as one of the great scholars of the time. After his father, Muhammad Ilyas died, he became the Ameer of Tablighi Jamaat. He spent a lot of time and effort in Tabligh as well as scholarly writings. His two most famous books are: Hayat Al-Sahabah ("The Prophet's Companions' Way of Life") and the four volumes of Amani Al-Ahbar Fi Sharh Ma'ani Al-Athar, which is an annotation of a major work by Imam Ahmad Al-Tahawi. He wrote the books Hayatus Sahabah and Muntakhab Ahadith, founded recently by Muhammad Saad from his book library. Muhammad Yusuf died at the age of 48 in Lahore.

The paternal and maternal families of Yusuf Saheb come together in Hakeem Muhammad Sharif. Then the family traces their lineage back to Ameerul Mumineen Hazrat Abu Bakr Siddiq. These two families were residing in the villages of Kandhala and Jinhjana. They were famous for their religiousness, knowledge and piety.

Muhammad Yusuf Saheb was born in such an environment in which the attainment of piety was the purpose of one and all. The whole family was ingrained with spirituality and nearness to Allah. It was a family of scholars, Huffaz, and Soofia. Memorizing the Quran had been the common practice of all men and women of this family. The women of the house used to keep themselves busy in the recitation of the Quran, optional prayer, studying of religious books and remembrance of Allah. Inside the family, there were numerous renowned scholars.

Scholars such as Muhammad Saheb, Muhammad Yahya, Muhammad Ilyas, Muhammad Ihtishamul Hasan, Muhammad Zakariyyah were all members of this outstanding family in which Yusuf Saheb was nurtured.This family is regarded as the best in India regarding islamic environment.

As a young boy, Muhammad Yusuf Al-Kandhlawi showed very early promise. Indeed, he completed the memorization of the Qur'an when he was only 10 years of age. He then completed his primary education and studied Hadith, starting with the six main authentic collections, under his father. He then undertook a more specialized study of Hadith under the distinguished scholars of Mazahir Al-Uloom, a specialized school which placed particular emphasis on the study of Hadith, and trained its students in the art of Islamic advocacy. During his attendance at this school he particularly benefited from studying under his cousin, Sheikh Muhammad Zakariya Al-Kandhlawi, one of the top scholars of Hadith in the Muslim world in the twentieth century. He graduated from this school at the age of 20, in 1355 AH.

The training and education Yusuf Saheb had at home was similar to that of the training the Muslim women in the time of Muhammad used to give to their children. Each women of that household was ready to give her son for the work of Muhammad. The stories of the companions of Muhammad had replaced the fairy tales in those homes. The lesson of the heroic freedom movement of Syed Ahmed Shaheed and Shah Ismail Shaheed had become so common in those homes, that when Abul Hasan Ali Nadwi wrote the detailed biography of Syed Ahmed Shaheed, Ilyas Saheb did not find anything new in that biography.

Yusuf Saheb memorized the Quran at the age of ten, from Hafiz Imam Khan Mewati. It was a blessing and a bounty of Allah on Yusuf Saheb that right from the very beginning, the elders of that time had great concern and interest in him. Syed Ahmed Saheb Faizabadi, the elder brother of Syed Hussein Ahmed Madni, sent an honorary degree to Yusuf Saheb commemorating his memorization of the Quran.

Dedication to Tableegh and Arabs

It was his father, Sheikh Muhammad Ilyas Al-Kandhlawi, who established an organization dedicated to Islamic advocacy. Its members devote a good portion of their time to travel and educating Muslim people in their faith, trying also to explain Islam to others. This organization is well known as Tableegh, or Jama’at Al-Tableegh, with members in many countries of the world. An important aspect of this organization is that it does not concern itself with politics in any way. It is dedicated to Islamic propagation and advocacy.

Sheikh Muhammad Yusuf Al-Kandhlawi began his scholarly career in teaching and writing. However, after consulting several scholars and figures of the Tableegh, his father entrusted to him the leadership of Tableegh as he sensed his approaching death. Al-Kandhlawi dedicated himself to this task which practically filled every day of his life. He traveled all over the Indian Subcontinent giving lectures and speeches and holding circles advocating a return to the pure faith of Islam, which should be implemented in people’s life.

Al-Kandhlawi believed that the Arabs must always take the leading role in Islamic advocacy, because they were the people chosen by God for this task as He revealed His final message in their language. Hence he was keen to spread his efforts and the Tableegh work to Arab countries.

He also realized that the best centers to spread this work were Makkah and Madinah, regularly visited by pilgrims from all over the Muslim world.

Therefore, he gave particular attention to educating Indian and Pakistani pilgrims, speaking to them at the ports of Bombay and Karachi, before embarking on their journey.

He would teach them the proper way of performing their pilgrimage rituals, and educate them in the need for Islamic advocacy. Thus, he was able to form groups of advocates from the pilgrims. These groups undertook the task of speaking to other pilgrims in the Grand Mosques in Makkah and Madinah. This generated interest among pilgrims of other countries who approached al-Kandhlawi to send groups to their areas. He responded to their requests and the Tableegh work began to take roots in several Arab countries.

Al-Kandhlawi traveled a great deal to promote the Tableegh work of Islamic advocacy. He made numerous trips to Pakistan where he held heavily attended functions, which contributed to the Tableegh organization taking strong roots in that country. His first pilgrimage was in the company of his father, before he took over the Tableegh. In his second pilgrimage, undertaken in 1374 H, 1954, in the company of Sheikh Hussain Ahmad Madani, a famous Hadith scholar, he met many Saudi scholars and discussed with them the issues and problems of Islamic advocacy and propagation. He made his final pilgrimage one year before his death, in 1383, where he held an endless series of meetings with scholars from all over the Muslim world, and was keen to meet as many Saudi scholars as possible.

Despite his total dedication to the Tableegh work, which took much of his time, Al-Kandhlawi was able to write, and his writings reflect his broad knowledge, particularly in Hadith and in the history of Muhammad and his companions. Two books feature more prominently among his writings. The first is Amani Al-Ahbar Fi Sharh Ma’ani Al-Athar, which is an annotation of a major work by Imam Ahmad ibn Muhammad al-Tahawi, a famous Egyptian scholar who lived much earlier. The book is in four large volumes.

However, his book Hayat Al-Sahabah, which may be translated as "The Prophet's Companions' Way of Life", has earned wide acclaim and become essential reading for anyone who wishes to understand the Islamic way of life or to explain Islam to Muslims and non-Muslims. In this book, Al-Kandhlawi collects reports mentioned in books of Hadith, history and biographies about Muhammad and his companions.

It highlights the aspects related to Islamic propagation and advocacy. It thus reflects life at the time of Muhammad's companions, and shows their manners, feelings and thoughts in different situations. The book was published in Arabic in three volumes many times by different publishers. It has more recently been published, with annotation, in four large volumes, with two introductions by two highly reputable scholars, Syed Abu Al-Hasan Ali Nadwi, and Sheikh Abd Al-Fattah Abu Ghuddah.

In 1965, Al-Kandhlawi made a long trip to East Pakistan (Bangladesh) and West Pakistan (Pakistan), where he traveled throughout the country, giving a long series of lectures and speeches, and holding a continuous series of meetings, with people from all strata of Pakistani society. Although he was not feeling well at the start of his trip, he continued with his heavy schedule, paying little attention to his deteriorating condition. On the final day of his trip, he was scheduled to give a major speech in Lahore, and although he was too ill to give such a speech, he felt that he could not let people down.

But the speech took its all of his health. On finishing it, he was immediately taken to hospital, but he died on his way there, at the age of 48. His body was airlifted at night to Delhi, where his funeral was attended by tens of thousands of mourners. 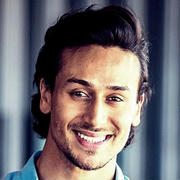 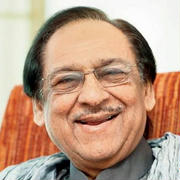