Muhammad Qasim Nanotvi was an Islamic Scholar and the main person responsible for establishing Deoband Movement.. Nanotvi was born in a Siddiqui family in 1833 in Nanota, a village near Saharanpur, India. He completed his early education in his hometown and then he was sent to Deoband, where he studied in Maulvi Mahtab Ali's madrassa. Then, he travelled to Saharanpur, where he remained with his maternal grandfather. In Saharanpur, he studied elementary kitabs of Arabic grammar and syntax under Maulvi Nawaz. At the end of 1843, Mamluk-Ul-Ali escorted him to Delhi. There, he studied Kafia and various kitabs. Later he was admitted to Madrassa Gaziuddin Khan.
His close relative, Muhammad Yaqub Nanotvi wrote:

My late father enrolled him at the Arabic Madrasa and said, 'Study Euclid yourself and complete the arithmetical exercises.' After a few days, he had attended all of the ordinary discourses and completed the arithmetical exercises. Munshi Zakatullah asked a few questions of him, which were difficult. Because he was able to solve them, he became well-known. When the annual examination drew near, he did not write it and left the madrasa. The whole staff of the madrasa, particularly the headmaster, regretted this very much.

Prior to his enrollment at Madrassa Gaziuddin Khan, he had studied kitabs on logic, philosophy, and scholastic theology under Mamluk Ali at his house. he joined a study circle, which possessed a central position in India with regards to the teaching of the sciences of the Qur'an and Hadith. He studied hadith under Abdul Ghani Mujaddidi.
After the completion of his education, he became the editor of the press at Matbah-e-Ahmadi. During this period, at Ahmad Ali's insistence, He wrote a scholium on the last few portions of Sahihul Bukhari. Before the establishment of Darul Uloom Deoband, he taught Euclid for some time at the Chhatta Masjid. His lectures were delivered within the printing press. His teaching produced a group of accomplished Ulama, the example of which had not been seen since Shah Abul Ghani's time. He went on to establish Darul Uloom Deoband.
In 1860, he performed Hajj and, on his return, he accepted a profession of collating books at Matbah-e-Mujtaba in Meerut. He remained attached to this press until 1868. he performed Hajj for the second time and, thereafter, he accepted a job at Matbah-e-Hashimi in Meerut.
He conformed to the Shari'a and Sunnah and tried his best to motivate people to do so as well. It was through his efforts that a prominent madrasa for impartation of Islamic education of religious sciences was established in Deoband and a fine masjid was built. Besides this, through his efforts and endeavours, Islamic madaris were established at various other locations as well.

Establishment of the madaris

His greatest achievement was the revival of an educational movement for the renaissance of religious sciences in India and the creation of guiding principles for the madaris on which their survival depends. Under his attention and supervision, madaris were established in various areas such as Thanabhavan, Galautti, Kerana, Danapur, Meerut, and Muradabad. Most of them continue to exist, rendering educational and religious services in their vicinity. During his lifetime, Christianity began to rise in India and prodigious efforts were made to convert the people of India to Christianity in every possible way. When he, during his sojourn in Delhi, witnessed this situation, he ordered his pupils to stand in the bazaars and deliver sermons against Christianity. One day, he himself, without introduction or the statement of his name, attended a gathering and repulsed Christianity publicly in the bazaar.

On 8 May 1876, a "Fair for God-Consciousness" was held at Chandapur village, near Shahjahanpur (U.P.), under the auspices of the local Zamindar, Piyare Lal Kabir-panthi, under the management of Padre Knowles, and with the support and permission of the collector of Shahjahanpur, Mr. Robert George. Representatives of all the three religions, Christian, Hindu and Muslim, were invited through posters to attend and prove the truthfulness of their respective religions. At the suggestion of Muhammad Munir Nanautawi and Maulawi Ilahi Bakhsh Rangin Bareillwi, Nanautawi, accompanied by numerous colleagues also participated. All these Ulama delivered speeches at this fair, causing the desired effect. In repudiation of the Doctrine of Trinity and Polytheism, and on affirmation of Divine Unity (Monotheism), he Nanautawi spoke so well that the audience, both those who were against and those who were for him, were convinced. One newspaper wrote:

"In the gathering of 8 May of the current year (1876), Muhammad Qasim gave a lecture and stated the merits of Islam. The Padre Sahib explained the Trinity in a strange manner, saying that in a line are found three attributes: length, breadth and depth, and thus Trinity is proven in every way. The said Maulawi Sahib confuted it promptly. Then, while the Padre Sahib and the Maulawi Sahib were debating regarding the speech, the meeting broke up, and in the vicinity and on all sides arose the outcry that the Muslims had won. Wherever a religious divine of Islam stood, thousands of men would gather around him. In the meeting of the first day the Christians did not reply to the objections raised by the followers of Islam, while the Muslims replied the Christians word by word and won."

Next year this "fair" was held again in March 1877. On this occasion, Prof. Muhammad Ayyub Qadiri, writing in Ahmed Hasan Nanautawi's biography, wrote that:

"One thing specially deserves deliberation here that the fair for God consciousness at Shahjahanpur was held consecutively for two years with announcement and publicity, throwing in a way.

Ahmed Raza Khan declared Qasim Nanotvi as a Kafir in his verdit Husamul Haramain due to blasphemy and abusing the Islamic Prophet Muhammad.

Nanotvi died in 1880, aged 47. His grave is to the north of the Darul-Uloom. This place is known as Qabrastan-e-Qasimi, where countless Deobandi scholars, students, and others are buried.

Establishment of the madaris 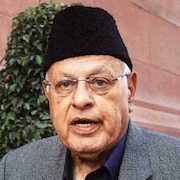 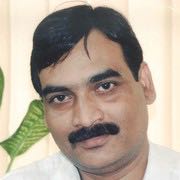 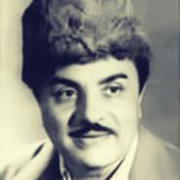