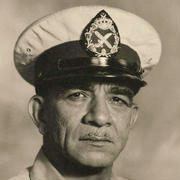 Mohamed Naguib (Arabic: محمد نجيب‎, [mæˈħæmmæd næˈɡiːb]; 19 February 1901 – 28 August 1984) was the first President of Egypt, serving from the declaration of the Republic on 18 June 1953 to 14 November 1954. Along with Gamal Abdel Nasser, he was the primary leader of the Egyptian Revolution of 1952, which ended the rule of the Muhammad Ali Dynasty in Egypt and Sudan.

On 19 February 1901, Naguib was born as Mohamed Naguib Yousef Qotp Elkashlan in Khartoum, Anglo-Egyptian Sudan. Naguib's father was Youssef Naguib. Sudan was united with Egypt under British occupation at the time. Naguib was the eldest of nine children. Naguib's father was a notable officer of the Egyptian Army. Naguib's mother was Zohra Ahmed Othman, a Sudanese Arab. His family name, "Elkashlan," was very popular in Egypt at that time. Naguib came from a long line of army officers, where his father and uncles all served in the Egyptian Army.

Though Naguib was one of the Egyptian officers who had distinguished himself in the war with Israel and had been described by the Egyptian press as a war hero; however, Naguib was not a "conspicuous public figure" and not the best known Egyptian officer. The Free Officers, led by Colonel Gamal Abdel Nasser were young members of the military – all under thirty-five and all from peasant or lower-middle-class backgrounds. Nasser's goal was to overthrow King Farouk and end the British domination of Egypt and Sudan. Knowing that officers of such youth would not be taken seriously, he asked General Naguib to assume leadership of the movement. While this proved successful in strengthening the Free Officers, it would later cause great friction between the two men. Many today argue that his position on the top was merely a figurehead leader to the revolutionary Free Officers Movement to lend credibility to the group.

On 23 July 1952, the Free Officers commenced the Egyptian Revolution of 1952 with a coup d'état to depose King Farouk. Naguib was appointed, first as Commander-in-Chief of Army, in order to keep the armed forces firmly behind the junior officers' coup. Naguib was not a member of the executive committee of the Free Officers and he first learned of the coup several hours after it had begun at about 1 am on the night of 23 July when he was awoken by a phone call telling him the coup had begun. In Egyptian culture, age is respected and as a 51-year-old, Naguib commanded more respect than did Nasser, who was 34 years old. Nagiub's avuncular and jovial personality was felt to make him seem a reassuring figure to the Egyptian people, instead of Nasser and the other Free Officers who were completely unknown to the public before the coup. In the same way, the Free Officers chose to rule at first via Aly Maher Pasha, a politician well known for his anti-British views who had served as prime minister before. Naguib's most important role during the coup occurred during a meeting which started at 10 pm on 24 July, when met a British diplomat, John Hamilton. Hamilton assured him that Britain wanted to see the end of King Farouk, but the Churchill government viewed the coup as an internal Egyptian matter; Britain would only intervene if British lives and property in Egypt were in danger.

The prospect of British intervention on behalf of King Farouk was the biggest worry for the Free Officers and Hamilton's message to Naguib caused enormous relief. On the morning of 26 July 1952, Maher arrived at the Ras El Tin Palace where Farouk as staying to present him with an ultimatum drafted by Naguib telling the king he must abdicate and leave Egypt by 6pm the next day or else the Egyptian troops outside of the Ras El Tin palace would storm the palace and execute the king. Farouk agreed to these terms and the next day in the presence of Maher and the American ambassador Jefferson Caffery boarded the royal yacht El Mahrousa to leave Egypt. Naguib arrived late at the dock and according to Caffery was angry about missing Farouk's departure.

In September, Naguib was appointed Prime Minister of Egypt and a member of the Royal Regent Council, with Nasser serving in the background as Minister of the Interior. The succession of Fuad II was designed to deny the British a pretext for intervention, allowing the revolutionaries to maintain that they were opposed only to the corrupt regime of Farouk, not to the monarchy itself. However, after consolidating their power, they quickly moved to implement their long-held plans for abolishing the monarchy and the aristocracy. Ali Maher's government resigned on 17 September 1952 and Naguib was appointed Prime Minister. On 18 June 1953, almost 11 months after the revolution, Naguib declared the end of the Egyptian and Sudanese monarchy and the establishment of the Republic of Egypt.

With the declaration of the Republic, Naguib was sworn in as its President.

In late 1953, however, Nasser accused Naguib of supporting the recently outlawed Muslim Brotherhood and of harbouring dictatorial ambitions. A brief power struggle broke out between Naguib and Nasser for control of the military and of Egypt. Nasser ultimately won the struggle and managed to force Naguib to resign from the presidency of Egypt in November 1954.

Following his resignation, Naguib was then isolated by President Nasser in a suburban Cairo villa owned by Zienab Al-Wakil, wife of Mustafa El-Nahas, former Prime Minister of Egypt. Naguib was released from his isolation in 1972 by President Anwar Sadat.

On 28 August 1984, Naguib died from liver cirrhosis in Cairo, Egypt. He was 83. Naguib had a military funeral that was attended by President Hosni Mubarak.

In 1984, his memoirs were published under the title I was a President of Egypt. The book was reprinted several times and was also translated into English under the title Egypt's Destiny. A station of the Cairo Metro is named in his honour. A major road in the Al Amarat District of Khartoum is also named after him.

In December 2013, Interim President Adly Mansour awarded the Order of the Nile, the highest state honour; to the name of the late President Naguib. The award was received by his son, Mohamed Yusuf ibn Mohamed Naguib. 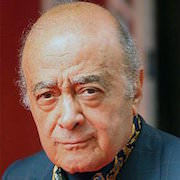 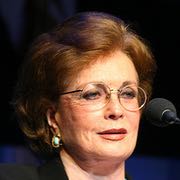