Muhammad III as-Sadiq GCB (1813–1882) (Tunisian Arabic: محمد الصادق بن حسين‎, Muḥamad es-Sādiq bin Ḥusayn) was the ruler of Tunisia from 23 September 1859 to 28 October 1881, when he abdicated. He signed the Treaty of Bardo with France on 12 May 1881 signifying Tunisia as a French Protectorate. Private chambers of Muhammad III as-Sadiq in Ksar Said
The contents of this page are sourced from Wikipedia article. The contents are available under the CC BY-SA 4.0 license.
comments so far.
Comments
Trending today in 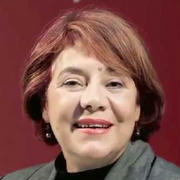