Ninth of the Twelve Imams of Twelver Shi'ism

Muhammad ibn Ali al-Jawwad (Arabic: مُحَمَّد ٱبْن عَلِيّ ٱلْجوَّاد‎, Muḥammad ibn ʿAlīy al-Jawwād, c. 12 April 811 – 29 November 835) was the ninth of the Twelve Imams and a descendant of Muhammad. He was also called Abu Ja'far, Ibn al-Ridha ("the son of al-Riha); al-Jawwād ("the generous") and al-Taqī ("the pious"). His role is celebrated by the largest branch of Shia Islam, the Twelver or Athnā‘ashariyyah branch. According to Shiite accounts, he was poisoned by his wife and died at age 25, the shortest-lived of the Twelve.

Al-Jawad was born circa April 12, 811, in Medina (then part of the Abbasid Empire). He was born to his father, Ali al-Ridha and a mother whose name and background is not entirely known. According to Kulaini, his mother was a bondmaid from Nubia named Habibi. However, some say that she was Khaizaran, a girl from the Byzantine Empire. Others believe she belonged to the household of Maria al-Qibtiyya, who was the slave mother of Muhammad's young son Ibrahim.

Al-Jawad's father, Ali al-Ridha, knew that his son should take the position of Imamate after him. When al-Jawad was four, his father received a summons from the Abbasid Caliph, al-Ma'mun, asking him to be al-Ma'mun's successor. Al-Ridha left the four-year-old al-Jawad behind in Medina to respond to the summons. The Shiites questioned whether a child of that age could take on his father's responsibility as an Imamate if something happened to his father. In response, al-Ridha used to tell the story of Jesus, who had become a prophet at a younger age.

As a young child, Muhammad al-Jawad earned the name al-Jawad ("the generous"). When his father was away, people gathered by al-Jawad's door in hopes of gaining help. Al-Jawad's caregivers had him leave his house only through another exit to avoid them. Upon hearing this, his father wrote a letter to advising his son not to listen to those who told him not to use the house's main gate. He wrote that the other advice came from stinginess and a fear that someone else might receive goodness (alms) from al-Jawad. Al-Ridha wrote: "Whenever you want to go out, keep some gold and silver with you. No one should ask you for anything without your giving it to him. If one of your uncles asks you to be pious to him, do not give him less than fifty dinars and you may give him more if you want. If one of your aunts asks you, do not give her less than twenty-five dinars and you may give her more if you want...."

Al-Jawad's age at the time of his father's death in Korasan is unknown, although probably between seven and nine. With his father's death, al-Jawad became a young Imam. According to Shia beliefs, al-Jawad acted like an adult and possessed extraordinary knowledge. Shia beliefs liken this to Jesus, who was called to leadership and his prophetic mission while still a child.

Accounts differ as to al-Ridha's death and subsequent events. One account states that al-Ma'mun poisoned al-Ridha, and then summoned al-Jawad to Baghdad in order to marry his daughter, Ummul Fadhl. This apparently provoked strenuous objections by the Abbasids. According to Ya'qubi, al-Ma'mun gave al-Jawad one hundred thousand Dirham and said, "Surely I would like to be a grandfather in the line of the Apostle of God and of Ali ibn Abu Talib."

Another account states that al-Ma'mun's first meeting with al-Jawad was coincidental. According to this account, al-Ma'mun was hunting when he happened upon a group of boys including al-Jawad, who were playing. When al-Ma'mun's horsemen approached, the boys ran away, except al-Jawad. This prompted al-Ma'mun to stop his carriage and ask, "Boy, what kept you from running away with the others?" Al-Jawad replied, "The road was not so narrow that I should fear there would not be room for you to pass and I have not been guilty of any offence that I should be afraid and I considered that you were the sort of man who would not injure one who had done no wrong." Shia traditions say that the Caliph was delighted and after he traveling a short distance, one of his hunting birds brought him a small fish. Al-Ma'mun hid the fish in his fist, returned and asked al-Jawad: "What have I in my hand?" Al-Jawad responded: "The creator of living things has created in the sea a small fish that is fished by the falcons of the kings and caliphs to try with it the progeny of al-Mustafa. Shiite tradition says that Al-Ma'mun was pleased with this answer and asked the child about his lineage. Soon after, the Caliph called a large gathering, during which al-Jawad was asked many questions and astonished everyone with his judgment and learning. After this, al-Ma'mun formally gave al-Jawad his daughter in marriage.

According to beliefs, Yahya ibn Aktham, the Chief Justice of the Abbasid Empire, was present at al-Ma'mun's assembly and wanted to try al-Jawad in al-Ma'mun's presence. He did so by asking a question concerning atonement for a person who hunts game while dressed in pilgrimage garb (Ihram). In response, al-Jawad asked first "whether the game killed was outside the sanctified area or inside it; whether the hunter was aware of his sin or did so in ignorance; did he kill the game on purpose or by mistake, was the hunter a slave or a free man, was he adult or minor, did he commit the sin for the first time or had he done so before, was the hunted game a bird or something else, was it a small animal or a big one, is the sinner sorry for the misdeed or does he insist on it, did he kill it secretly at night or openly during daylight, was he putting on the pilgrimage garb for Hajj or for the Umrah?..." This apparently astonished the Abbasid who were critical of al-Ma'mun's decision.

During the next annual pilgrimage (Hajj), prominent men from around the Islamic world came to Medina to see al-Jawad and another assembly was held. These men were skeptical of al-Jawad's youth and whether he truly was the Imamate). Shiite belief holds that the boy eliminated their doubts. Kulaini recounted that the superintendent of the Shrine gave al-Jawad a test that "lasted for several days, in which he answered thirty thousand questions to their great amazement!"

Ma'mun had asked al-Jawad to marry his daughter because he had been the pioneer of his contemporary elites. One year after this marriage, al-Jawad came back to Medina with Ome Al Fazl, his wife, and devoted his life to teaching. Al-Jawad also married Sumaneh, who was from the Maghreb (Northwest Africa). She bore him a son and a successor, Ali al-Hadi, who would be the tenth Shiite Imam.

The contents of this page are sourced from Wikipedia article on 07 Mar 2020. The contents are available under the CC BY-SA 4.0 license.
View Muhammad al-Jawad 's image gallery
Image Gallery 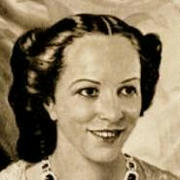