Mridula Sinha (born 27 November 1942) is an Indian writer and politician who served as Governor of Goa from August 2014 to October 2019.

Mridula Sinha was born on 27 November 1942 in the village of Chhapra Dharampur Yadu in Muzaffarpur district in Mithila region of Bihar state in India. Her father was Babu Chhabile Singh and her mother was Anupa Devi. She attended the local school in Chhapra and later studied at Balika Vidyapeeth, a residential school for girls in Lakhisarai district.

Shortly before she completed her bachelor's degree, Mridula's parents arranged for her to marry Ram Kripal Sinha, who at that time a college lecturer based in Muzaffarpur town, Bihar. After marriage, Mridula continued her studies and took a post-graduate degree in Psychology. She then took a job as a lecturer in the Dr. S.K. Sinha Women's College in Motihari. Shortly afterwards, her husband received his doctorate degree. She left the job and started a school in Muzaffarpur where her husband was working in a college.

Meanwhile, with encouragement from her husband, Mridula experimented with the short story format. She was interested in cultural matters and village traditions. She wrote short stories on these topics and on folk tales that she gathered from the villages where she and her husband worked. Many of these stories were published in Hindi language magazines and were later compiled into a two-volume anthology named Bihar ki lok-kathayen ("folk-tales of Bihar"). She also wrote several novels and a biography of Rajmata Vijayaraje Scindia titled Ek Thi Rani Aisi Bhi. A film of the same name was later made based on this book.

Mridula initially helped her husband in reaching out to the women of the constituency during his campaigns for election to the district committee. She found that with her knowledge of local tradition and cultural nuances, she had a strong connect with the people, especially women. She developed a very strong interest and commitment for social welfare, although she had no interest in electoral politics and never contested any election. She was named Chairperson of Central Social Welfare Board.

At this time, her husband was a cabinet minister in the Bihar state government. She was until August 2014 a member of the national executive of Bharatiya Janata Party. During the BJP's campaign for 2014 general elections, she was in-charge of the BJP Mahila Morcha (women's wing). On 25 August 2014, she was appointed as the Governor of Goa.

Sinha was also appointed as an ambassador for the Swachh Bharat Abhiyan, by the Prime Minister of India Narendra Modi. During her tenure as Governor of Goa, she also adopted a cow and a calf at the Raj Bhavan for the purpose of daily worship.

She was conferred with Acharya Tulsi Kartritva Puraskar in 2017 by Akhil Bhartiya Terapanth Mahila Mandal.[1]

Mridula Sinha's tenure as the governor of Goa has been marked by controversies regarding her partisan decision to invite the BJP to form the government despite not being the largest party, her lavish lifestyle at the expense of the taxpayers and weakening the Right to Information law to stonewall queries regarding her expenditure.

The contents of this page are sourced from Wikipedia article on 24 Jun 2020. The contents are available under the CC BY-SA 4.0 license.
View Mridula Sinha 's image gallery
Image Gallery 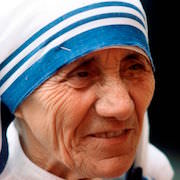