Moussa Marega (born 14 April 1991) is a Malian professional footballer, who plays as a forward for Portuguese Primeira Liga side Vitória de Guimarães, on loan from Porto.

Born in Les Ulis, Essonne, Marega began his career at local Évry FC before moving to Vendée Poiré-sur-Vie Football of the Championnat National in 2012, and fellow league team Amiens SC a year later.

He subsequently moved to C.S. Marítimo in Portugal's Primeira Liga. Both he and goalkeeper José Sá were on the cusp of a move to Sporting Clube de Portugal in January 2016, but it was hijacked by FC Porto, who signed the pair on contracts lasting to 2020; Marega's buyout clause was set at €40 million. He made 13 appearances in his first campaign at the Estádio do Dragão – mostly as a substitute – and scored once in a 2–0 home win over Gil Vicente F.C. in the Taça da Liga on 2 March.

On 20 July 2016, Marega was loaned to Vitória S.C. for the upcoming season. He made his debut a month later in a 2–0 win at former team Marítimo, scoring the second goal, and on 30 October he scored all three in a 3–0 win at Rio Ave F.C. to reach 10 goals from 8 games. On 4 November, he received a straight red card in the first half-hour of a 2–1 home win over C.D. Nacional for striking Nuno Sequeira, receiving a three-match ban.

Marega made his debut for the Mali national team on 25 March 2015 in a friendly against Gabon in Beauvais, France; he started in the 4–3 defeat. On 4 September 2016, he scored his first international goal in a 2017 Africa Cup of Nations qualification game against Benin, helping towards a 5–2 win at the Stade du 26 Mars. 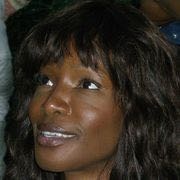 Uli I of Mali