Motilal Rajvansh (4 December 1910 – 17 June 1965) was an Indian film actor and the winner of Filmfare Best Supporting Actor Award for Devdas (1955) and Parakh (1960). He is credited with being among Hindi cinema's first natural actors.

Born in Shimla on 4 December 1910, Motilal came from a distinguished family. His father was a renowned educationist, who died when Motilal was one year old. He was brought up by his uncle who was a well-known civil surgeon in Uttar Pradesh. At first, Moti was sent to an English school at Shimla and later, in Uttar Pradesh (UP). Thereafter, he shifted to Delhi where he continued with school and college.

Motilal Rajvansh said of his screen career with characteristic humour:

Married a 100 times, died almost twice, never born but always brought down by a parachute.

After leaving college, Moti came to Bombay to join the Navy, but he fell ill and could not appear for the test. Fate had other choices charted out for him. One day, he went to see a film shoot at Sagar Studios, where director K. P. Ghosh was shooting. Motilal, even then, was quite the man about the town and he caught Ghosh's eye. In 1934 (aged 24), he was offered the hero's role in Shaher Ka Jadoo (1934) by the Sagar Film Company. He later featured in several successful social dramas alongside Sabita Devi, including Dr. Madhurika (1935) and Kulvadhu (1937). He worked with Mehboob Khan in Jagirdar (1937) and Hum Tum Aur Woh (1938) under the Sagar Movietone banner, in Taqdeer (1943) for Mehboob Productions, and Kidar Sharma's Armaan (1942) and Kaliyan (1944). He also acted in S. S. Vasan's film Paigham (1959) (Gemini Studios), and Raj Kapoor's Jagte Raho (1956).

In 1965, he also acted in the Bhojpuri film Solaho Singar Kare Dulhaniya.

Perhaps the role for which he received the most critical appreciation was that of the gentleman crook in S. S. Vasan's adaptation of R K Narayan's book Mr Sampat (1952). He is most remembered for his role as "Chunni Babu" in Bimal Roy's Devdas (1955), for which he won his first Filmfare Best Supporting Actor Award. Actor Naseeruddin Shah once described him as one of three all-time best actors of Hindi cinema, others being Balraj Sahni and Yakub.

Motilal was very suave and polished, and moved in high society, though towards the end of his life he was in financial difficulty. Although a thorough gentleman, he enjoyed gambling and races, and died almost penniless in 1965.

He was in a relationship for several years with the actress Nadira. He was later involved with actress Shobhna Samarth after she separated from her husband, and he played Samarth's real-life daughter Nutan's father in Hamari Beti, Shobhana's launch movie for Nutan. He also played her guardian in Anari, though this time the role had a villainous touch to it.

Amitabh Bachchan wrote in the foreword of The Hundred Luminaries of Hindi Cinema: "Not much has been written in praise of a great and very natural actor. He (Motilal) was greatly ahead of his times. Were he alive today his sheer versatility would have ensured a place for him even now. In fact, he would be doing much better than many of us." 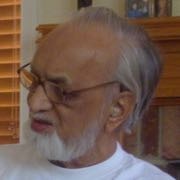 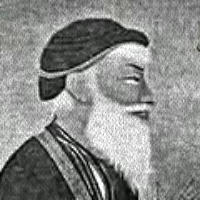 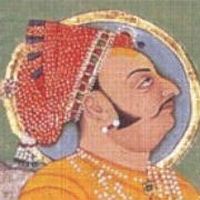 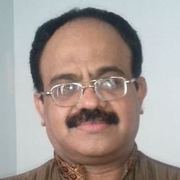