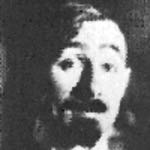 Schönfinkel attended the Novorossiysk University of Odessa, studying mathematics under Samuil Osipovich Shatunovskii (1859–1929), who worked in geometry and the foundations of mathematics. From 1914 to 1924, Schönfinkel was a member of David Hilbert's group at the University of Göttingen. On 7 December 1920 he delivered a talk to the group where he outlined the concept of combinatory logic. Heinrich Behmann, a member of Hilbert's group, later revised the text and published it in 1924. In 1929, Schönfinkel had one other paper published, on special cases of the decision problem (Entscheidungsproblem), that was prepared by Paul Bernays.

After he left Göttingen, Schönfinkel returned to Moscow. By 1927 he was reported to be mentally ill and in a sanatorium. His later life was spent in poverty, and he died in Moscow some time in 1942. His papers were burned by his neighbors for heating.

Schönfinkel developed a formal system that avoided the use of bound variables. His system was essentially equivalent to a combinatory logic based upon the combinators B, C, I, K, and S. Schönfinkel was able to show that the system could be reduced to just K and S and outlined a proof that a version of this system had the same power as predicate logic.

His paper also showed that functions of two or more arguments could be replaced by functions taking a single argument. This replacement mechanism simplifies work in both combinatory logic and lambda calculus and would later be called currying, after Haskell Curry. While Curry attributed the concept to Schönfinkel, it had already been used by Frege.

The contents of this page are sourced from Wikipedia article on 08 Mar 2020. The contents are available under the CC BY-SA 4.0 license.
View Moses Schönfinkel 's image gallery
Image Gallery