Moses Melchior (28 January 1825 – 25 November 1912) was a Jewish Danish businessman. He was a co-owner of Moses & Søn G. Melchior, a trading house founded by his grandfather.

Melchior was born into a wealthy Jewish family in Copenhagen, the son of Gerson Moses Melchior (1771-1845) by his second wife Birgitte (Jette) Melchior née Israel (1792-1855). His father was second generation in the trading house Moses & Søn G. Melchior. He received a commercial education in Hacob Holm & Sønner.

Melchior was a member of Copenhagen City Ciouncil (Borgerrepræsentationen) from 1869 to 1984. He was a member of Sø- og Handelsretten from 1883 to 181905 and of Grosserersocietetet's committee from 1885 to 1904. He was a board member of [[GN Store Nord|Det Store Nordiske Telegrafselskab], chairman of Fjerde Søforsikringsselskab, cashier for Foreningen til Søfartens Fremme, a board member of Plantageselskabet Dansk Vestindien.

Melchior was vice president of komitéen for Dansk Vestindien, chairman of Administrationen for Præmieselskabet for den mosaiske Ungdom, chairman of Sygeplejeselskabet for Mosaisk Trossamfund, member of the central committee, board member of Fængselshjælpen, chairman of Arbejdernes Byggeforening from 1870 until his death (a member from 1867), He served as cashier for Hjem for arbejdsføre blinde Kvinder and sat on the governing board of Københavns Understøttelsesforening.

Moses Melchior remained unmarried and had no children. As part of the Melchior family, Moses Melchior was a close friend of the writer Hans Christian Andersen. He participated in the celebration of his 65 years birthday. Melchior died on 25 November 1912 and is buried in the Jewish Northern Cemetery in Copenhagen.

An obelisk in the centre of the Kildevæld Quarter commemorates his role in the establishment of Arbejdernes Byggeforening. The memorial is from 1916 and was created by Ludvig Brandstrup.

The contents of this page are sourced from Wikipedia article on 24 Jun 2020. The contents are available under the CC BY-SA 4.0 license.
comments so far.
Comments
From our partners
Sponsored
Reference sources
References
http://denstoredanske.dk/Dansk_Biografisk_Leksikon/Handel_og_industri/Grosserer/Moritz_G._Melchior
http://uli.nli.org.il/F/?func=direct&doc_number=001674103&local_base=nlx10
https://viaf.org/viaf/310738673
https://www.worldcat.org/identities/viaf-310738673
Trending today in 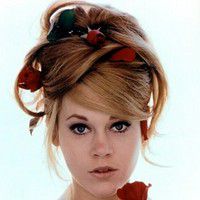 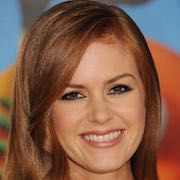