Cavaliere Moses Jacob Ezekiel also known as Moses "Ritter von" Ezekiel (October 28, 1844 – March 27, 1917) was a Jewish American soldier and sculptor who lived and worked in Rome for the majority of his career.

Ezekiel was born in Richmond, Virginia, and attended the common schools. He was a graduate of the Virginia Military Institute; he was the first Jewish cadet to attend VMI. He and other cadets from VMI marched 80 miles north from Lexington and fought at the 1864 Battle of New Market, where Ezekiel was wounded in a fight with Union army troops under Franz Sigel. After his recovery, he served with the cadets in Richmond to train new recruits for the army. Shortly before the end of the war, he served in the trenches defending the city.

Following the Civil War, Ezekiel returned to VMI to finish his education, graduating in 1866. He moved to Cincinnati in 1868, then to Berlin in 1869, where he studied at the Royal Academy of Art under Professor Albert Wolf. In Europe he completed the sculptures and paintings for which he is famous, including a memorial at VMI, Virginia Mourning Her Dead, that stands in the small cemetery where the six of the 10 VMI Cadets killed at the Battle of New Market are buried. He was admitted into the Society of Artists, Berlin, and at age 29 was the first foreigner to win the Michel-Beer Prix de Rome for a bas relief entitled "Israel".

In the early 1880s, Ezekiel created eleven larger-than-life sized statues of famous artists that were installed in niches on the facade of the Corcoran Gallery of Art's original building (now the Smithsonian's Renwick Gallery). In the early 1960s, they were removed to the Norfolk Botanical Garden in Norfolk, Virginia.

Although Ezekiel never married, he is known to have fathered one illegitimate child, Alice Johnson, whose mother was a mulatto maid. Johnson, who never took her father's name, although she remained in contact with him throughout his life, became a school teacher and later married the prominent African American surgeon Daniel Hale Williams.

Ezekiel died in his studio in Rome, Italy, and was temporarily entombed there. In 1921, he was buried at the foot of his Confederate Memorial in Section 16 of Arlington National Cemetery. The inscription on his grave reads "Moses J. Ezekiel Sergeant of Company C Battalion of Cadets of the Virginia Military Institute."

In his lifetime, Ezekiel received numerous honors including being decorated by King Umberto I of Italy, the "Crosses for Merit and Art" from the German Emperor, another from Prince Frederick Johann of Saxe-Meiningen, and the awards of "Chevalier" and "Officer of the Crown of Italy" (1910) from King Victor Emmanuel III of Italy. Ezekiel received the Gold Medal of the Royal Society of Palermo, Italy; the Silver Medal at the 1904 Louisiana Purchase Exposition in St. Louis, Missouri; and the Raphael Medal from the Art Society of Urbino, Italy.

The honorific "Sir" by which Ezekiel is often referred is technically incorrect, as Ezekiel was not knighted by the monarch of the United Kingdom. More properly, his title was "Cavaliere" Moses Ezekiel, because of his Italian knighthood, or Moses "Ritter von" Ezekiel, because of his German honors. Ezekiel initiated this error by translating his Italian title into the English "Sir" on his visiting cards, resulting in the honorific by which he is now commonly known.

Corcoran Gallery of Art (now Renwick Gallery) in the 1880s. Ezekiel was portrayed by Josh Zuckerman in the 2014 film Field of Lost Shoes, which depicted the Battle of New Market. 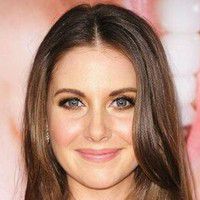 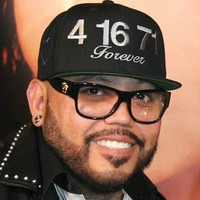