Morten Lund (born 3 April 1972) is an entrepreneur based in Copenhagen, Denmark who has founded or co-invested in more than 100 high-tech start ups in the last 15 years, including Skype, ZYB, Zecco.com, Polar Rose (facial recognition), Maxthon, Bullguard, Tradeshift, AirHelp, Itembase, LundXY and OnlyXO. He was also a co-founder and managing partner of LundKenner, a venture capital firm focusing on technology ventures.

Lund was declared bankrupt in January 2009 in the aftermath of stalled free newspaper venture Nyhedsavisen, but he announced that he was out of bankruptcy in April 2010. He has since spoken at length to international media about his personal struggle to battle through the business cycle and re-establish his reputation.

Lund was born in Roskilde, Denmark and grew up in Jersie. He studied economics at Odense University, but left in order to concentrate on running his businesses. Lund has invested in a wide range of industry sectors spanning the internet, telecommunications, health and alternative energy.

His first major venture was Neo Ideo, a web consultancy founded with friends in 1996. This became one of Denmark's top three agencies before its eventual sale to advertising giant Leo Burnett in 1999. His most notable investment was Skype, the free VoIP service bought by eBay for $2.6 billion in 2005.

From 2007 he has also fronted the startup catalyst LundXY. In May 2008 Lund sold the Danish site ZYB to operator Vodafone Europe BV, for a sum believed to be in the region of $49m. More recently, it emerged that online payments service PayPal had acquired a stake in Tradeshift for around €12 to €15 million. In late February 2014, Tradeshift received a further $75m from Singapore’s Scentan Ventures, which the company said it would use to expand its business in Japan and China, where many of its customers have suppliers.

Lund has four children and lives in a northern suburb of Copenhagen, Denmark. 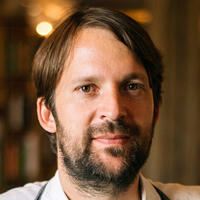