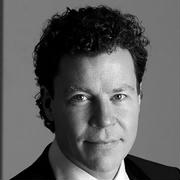 After finishing his studies, Petersen worked for the European Commission 1992–1993 and for the Confederation of Danish Industries1993–1998.

He then entered politics and served as a member of the Folketing from Hvidovre and later Brøndby electoral district 1999 where he obtained positions as the Social Liberal Party's spokesperson on finance, defence and IT. In 2007, he lost a fight to become deputy leader of the party's parliamentarian group to Morten Østergaard.

In 2009 Petersen temporarily left politics and became CEO of Foreningen af Danske Interaktive Medier and after a company merger became vice-CEO of Danske Medier in 2011.

In September 2013, the Danish Social Liberal Party nominated him as their top candidate in the 2014 European Parliament election. Petersen won a seat in the parliament after the party received 6,7% of the votes in election; thus returning to the parliament with one mandate. He was re-elected in 2019. In Parliament, he serves on the Committee on Industry, Research and Energy. In addition to his committee assignments, he has been a member of the Parliament's delegations for relations with Japan (2014-2019) and to the EU-Turkey Joint Parliamentary Committee (since 2019). He is also a member of the European Internet Forum.

Petersen is considered to belong to the right flank of the party and was opposed to the party's decision to be part of Prime Minister Helle Thorning-Schmidt's coalition government.