Morgan Simianer is an American cheerleader and television personality. She received international recognition after appearing in the Netflix docuseries Cheer. She became a fan favorite due to her sweet personality and her troubled past.

Simianer is originally from Osage, Wyoming. When she was a sophomore in high school, she and her brother were forced to live in a trailer when their mother left and their father was living with his new wife and her children. When her brother Wyatt turned 18, he left to go search for their mother and Morgan was forced to live alone in the trailer. When her grandparents became aware of the situation, they invited her to live with them. She attended Navarro College in Corsicana, Texas, where she was member of the cheer team coached by Monica Aldama. In January 2020, she appeared on The Ellen DeGeneres Show, along with other members of the team.

The contents of this page are sourced from Wikipedia article on 17 Apr 2020. The contents are available under the CC BY-SA 4.0 license.
comments so far.
Comments
Reference sources
References
https://www.netflix.com/title/81039393
https://www.vulture.com/2020/01/cheer-navarro-team-instagram-handles-netflix.html
https://www.refinery29.com/en-us/2020/01/9196618/netflix-cheer-cast-instagram-gabi-butler
https://www.eonline.com/news/1115548/how-life-has-changed-for-cheer-s-monica-la-darius-and-morgan
https://www.refinery29.com/en-us/2020/01/9296190/cheer-lexi-morgan-interview-fiofmu
https://www.yahoo.com/entertainment/apos-cheer-apos-apos-lexi-180820527.html
https://www.elitedaily.com/p/netflixs-cheer-casts-instagrams-are-full-of-navarro-spirit-21126149
https://www.insider.com/cheer-netflix-championship-routine-navarro-college-ellen-show-video-2020-1
https://www.today.com/popculture/how-netflix-s-cheer-won-over-hearts-around-world-t172458
Trending today in 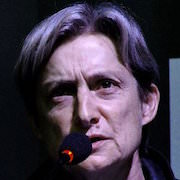