Monika Dahlberg (born 1936) is a German singer, and film and television actress.

She studied in Kiel as an actress and opera singer. In 1957 she signed a three-year contract with Constantin Film, and featured in several comedies and heimatfilm. From the 1960s onwards she increasingly appeared on television as well. Dahlberg also worked as a voice actress, dubbing foreign films for release in German market.

Her brother Wolfgang Rödelberger was a composer. She was married to the actor Klaus Kindler. 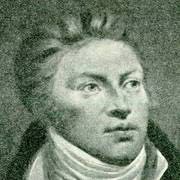