Monica Niculescu (born 25 September 1987) is a professional Romanian tennis player. Her highest WTA ranking is no. 28 in singles, reached on February 27, 2012, and no. 16 in doubles, reached on 31 July 2016.
Niculescu was born in Slatina, Romania, but moved to Bucharest when she was four. She is currently coached by Călin Stelian Ciorbagiu.

As a junior, Niculescu had the remarkable gift to win quite easily every final she reached. Thus, before reaching the age of 18, she won 11 ITF singles finals, losing only one set:

She also won 8 out of 14 ITF finals played in doubles, as a junior, in most of them having as a partner her older sister Gabriela Niculescu. She played finals in girls'doubles in Roland Garros (2004, paired with Madalinea Gojnea) and twice in Wimbledon (2004 and 2005, paired with Marina Erakovic).

Niculescu made her WTA debut in 2006 Istanbul, where she won to then junior Sabine Lisicki but could not pass the 3rd qualification round. In 2007 she continued to play many ITF tournaments, and she also played in qualifications in all 4 Grand Slams and 3 other WTA tournaments, but only in Dubai she reached the main draw. Still, winning several ITF tournaments and gathering many small points, she finished the year 2007 in Top 200.

In 2008, she reached the quarterfinals in Tashkent, and in all 4 Grand Slams she reached the first round, with round 2 reached in Wimbledon. Gathering points constantly on WTA tour, and also including some smaller successes in ITF tournaments, Niculescu was ranked 48th in the World, and 2nd in Romania, at the end of 2008.

In the other 3 Grand Slams, she did not go past round 1 of the main draw. Her best results of the year were quarterfinals in Tashkent and Strasbourg.

At the Open GDF Suez held in Paris, Niculescu defeated Timea Bacsinszky in the first round, before losing to eventual champion Amélie Mauresmo in the second. She then took part in the Barclays Dubai Tennis Championships. She beat Peng Shuai in the first round in three sets, 3–6, 7–5, 6–2, and then lost to world no. 3 Jelena Janković in the second, 3–6, 2–6. Niculescu also partnered Elena Vesnina in doubles, and the two reached the quarterfinals in women's doubles; they lost to Anabel Medina Garrigues and Francesca Schiavone. Niculescu had two consecutive first-round losses, at the BNP Paribas Open in Indian Wells, California (fell to Anna-Lena Grönefeld) and Sony Ericsson Open in Miami, Florida (fell to Tamira Paszek). Partnering Alisa Kleybanova, she reached the quarterfinals at the BNP Paribas Open, where they lost to Maria Kirilenko and Flavia Pennetta. At the Sony Ericsson Open she partnered Kleybanova again, but they lost to second seeds Anabel Medina Garrigues and Virginia Ruano Pascual.

Niculescu withdrew from the Andalucía Tennis Experience and Barcelona Ladies Open due to a forearm injury.

Monica Niculescu at the 2010 US Open

In 2010, Monica started the season in Auckland, coming from qualifying. In the first round, she lost to fifth seed 5 Virginie Razzano, 5–7, 4–6. In doubles, she partnered Ioana Raluca Olaru, and they defeated Anabel Medina Garrigues and Carla Suárez Navarro, 7–5, 7–5. In the second round, they lost to Cara Black and Liezel Huber, 3–6, 2–6.

At the Australian Open, she lost in the first round to Jelena Janković, 4–6, 0–6. In doubles, she partnered Chan Yung-jan and defeated Monique Adamczak and Nicole Kriz, 6–3, 6–1. The pair defeated Alla Kudryavtseva and Ekaterina Makarova in the second round, 6–4, 6–4. In the third round, the lost to sixth seeds Lisa Raymond and Rennae Stubbs, 5–7, 3–6.

Niculescu then played an ITF tournament in Midland, but lost in the first round to Eleni Daniilidou 4–6, 2–6.

In Memphis, she lost in the first round qualifying to Valérie Tétreault. In doubles, she reached the semifinals along with Riza Zalameda, losing to Vania King and Michaëlla Krajicek, 1–6, 4–6.

At Indian Wells, she lost in qualifying to Tamarine Tanasugarn. In doubles, together with Michaëlla Krajicek, she lost in first round to Bethanie Mattek-Sands and Yan Zi, 6–7, 2–6.

In Marbella failed to qualify in singles, but in doubles she partnered Sophie Lefèvre. They defeated Kristina Barrois and Ioana Raluca Olaru in the first round, 6–3, 4–6, [10–7]. However, in the second round, they lost to Virginia Ruano Pascual and Meghann Shaughnessy, 2–6, 4–6.

She made again her best in Tashkent, where she reached her first WTA semifinals but lost to Elena Vesnina.

Although in the first half of the year she was struggling between ranks 100 and 150, by the middle of the year she reached Top 100 again and ended the year as No.82 in the world, and no.2 in Romania.

At the 2011 Australian Open, Niculescu defeated Timea Bacsinszky in straight sets, 6–0, 6–3. Facing off against the 32nd seed, Tsvetana Pironkova of Bulgaria, Niculescu cruised through the match winning 6–4, 6–1. In the third round, she lost to the 2010 French Open champion Francesca Schiavone, 0–6, 6–7.

Niculescu defeated Patricia Mayr-Achleitner in the first round and compatriot Alexandra Dulgheru in the second round, 6–3, 6–0, to advance to the third round of the 2011 US Open. In defeating Lucie Šafářová, 6–0, 6–1, Niculescu advanced to the fourth round of a Grand Slam singles competition for the first time in her career, where she lost 4–6, 3–6 to unseeded Angelique Kerber.

At the Tier 1 China Open, she shocked the world with a dominating victory over fourth seed Li Na, 6–4, 6–0 in the first round and advanced to the semifinals, where she lost to eventual runner-up, Andrea Petkovic.

The end of the year found her as No.30 in the World and No.1 in Romania.

At the Australian Open, Niculescu made it to the third round by defeating Alizé Cornet and Pauline Parmentier, but she was defeated by then–world no. 1 Caroline Wozniacki, 2–6, 2–6.

She reached quarterfinals in Doha, where she lost to Samantha Stosur.

Her best result was again the WTA final in Luxembourg, lost to Venus Williams.

Although in February Niculescu had reached rank No.28, her career high so far, the inconsistent results during the season made her go down to World No.58 by the end of the year.

She played in round 1 of all the Grand Slams, but lost the games constantly.

Yet, winning enough games and points in WTA tournaments, she kept her Top 60 position, finishing the season as No.59 in the WTA rankings.

In all, Niculescu had an improving season, reaching round 3 at Australian Open, round 2 at Roland Garros and Wimbledon, quarterfinals in Shenzhen, Hobart and Florianópolis, and semifinals in Bucharest. The best result was her winning the WTA tournament in Guangzhou, as her second WTA title.

Thus she entered Top 50 again by the end of the year.

Much of early 2015 was particularly difficult for Niculescu, as she often faced difficult draws. For instance she drew world #1 Serena Williams twice in a row in the second round of Indian Wells and Miami. While she managed to test Williams with a 5–7 5–7 score, she was not able to win a set against her in either match. She also suffered first round losses at Shenzen, Hobart, the Australian Open, Dubai, Prague, and the French Open.

Niculescu won the Marseille clay 100K ITF tournament in June. Shortly thereafter, she defeated first-seeded Agnieszka Radwańska 5–7, 6–4, 6–0 at the Aegon Open Nottingham WTA grass tournament to earn a place in the final where she lost to teenager Ana Konjuh 6–1 4–6 2–6. All five matches she played went to three sets. She then lost in the first round at Birmingham to the 10th seed Barbora Strýcová.

Niculescu earned a spot in the fourth round at the Wimbledon Championships for the first time, defeating Mónica Puig 5–7 6–3 6–1 (1st rd.), Jana Čepelová 6–3 6–3 (2nd rd.), and Kristýna Plíšková 6–3 7–5 (3rd rd.). This is the second time she has made it past the third round at a major. Despite winning the first set of her fourth-round match 6-1 and having a positive head-to-head record against the player, she was defeated by 15th-seeded Timea Bacsinszky, who took the next two sets at 7-5 and 6-2. Bacsinszky has seen a dramatic improvement of her results, having recently also made the semifinals at the French Open.

Niculescu reached a career high ranking of 16 in doubles in July. She partnered with Sania Mirza to win in New Haven.

Monica Niculescu started her season at Shenzhen Open with a victory, defeating Kai Lin Zhang, but she lost her second match to Wang Qiang.

Next week, Niculescu played at Hobart International where she made it to the final where she lost to Elise Mertens 3–6, 1–6.

Her mother, Cristiana Silvia Niculescu is a pharmaceutical sales representative; her father Mihai Niculescu is an engineer. Niculescu has an older sister, Gabriela, who was a professional tennis player and attended University of Idaho, after transferring from USC after her junior year.

Monica Niculescu cited Martina Hingis and Andre Agassi as her tennis idols. She enjoys shopping, movies, reading, and spending time with her family. Niculescu listed her favourite movie as The Butterfly Effect with Ashton Kutcher.

Updated up to 2016 Internazionali BNL d'Italia

Niculescu's win-loss record against certain players who have been ranked World No. 10 or higher is as follows: 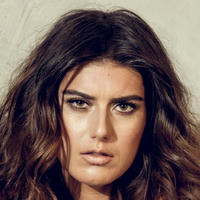 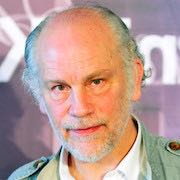