Monica Mæland (born 6 February 1968) is a Norwegian politician for the Conservative Party who has been Minister of Trade and Industry since 16 October 2013. She previously served as Chief Commissioner of Bergen from 2003 to 2013.

Monica Mæland was born in Bergen and grew up in Arendal. She holds a cand.jur. degree from the University of Bergen (1994), and practiced as a lawyer until entering politics full-time.

Mæland was elected to the City Council in Bergen in 1999, and was a member until she became Chief Commissioner. She formed her first cabinet on 27 October 2003. The first Mæland cabinet held a minority of the votes in the city council, and consisted of the Conservative Party, the Christian People's Party and the Liberal Party. After the 2007 local election she formed her second cabinet, a majority cabinet, consisting of the Christian People's Party and the Progress Party. The Progress Party left the cabinet 28 April 2009, due to a disagreement about continuing the lifespan of the toll ring financing the Bergen Program for Transport, Urban Development and the Environment. The party reentered the cabinet a year later, and the political cooperation was resumed based on the agreement signed after the 2007 election.

After the 2011 election Monica Mæland formed her third cabinet, with the same parties as in her latter cabinet.

Monica Mæland has also been the leader, and prior to that, deputy leader, of the County branch of the Norwegian Conservative Party.

Mæland is the second Chief Commissioner in Bergen after the parliamentary system was introduced in 2000, and the only one to have won re-election. 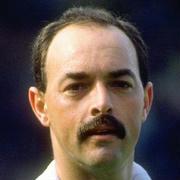