Mona von Bismarck (February 5, 1897 – July 10, 1983), known as Mona Bismarck, was an American socialite and fashion icon. Her five husbands included Harrison Williams, said to be the richest man in America, and the Graf von Bismarck-Schönhausen, grandson of German Chancellor Otto von Bismarck. Mona was the first American to be named "The Best Dressed Woman in the World" by a panel of top couturiers including Chanel, and was also named to the International Best Dressed List Hall of Fame.

She was born Margaret Edmona Travis Strader in Louisville, Kentucky in 1897 to Robert Sims Strader and his wife, Bird O'Shockeny. Her parents divorced in 1902, and Mona and her brother were raised in Lexington, Kentucky, by their paternal grandmother.

Through their mother, Patricia Strader, Mona was the great-aunt to automobile racers David "Salt" Walther and George "Skipp" Walther III.

In 1917, she married Henry J. Schlesinger, a man 18 years her senior who owned Fairland Farm in Lexington where her father was a professional trainer, and moved to Milwaukee where he had an iron and coke business. During the marriage, Mona bore a son, Robert Henry, whom she left in the custody of Schlesinger in exchange for half a million dollars when they divorced in 1920. (Her son would marry Frederica Barker, elder sister of actor Lex Barker.) In 1921, she married the banker James Irving Bush, 14 years her senior, said to be the "handsomest man in America". They divorced in Paris in 1925.

In 1926, Mona opened a New York dress shop with her friend Laura Merriam Curtis, the daughter of William Rush "Spooky" Merriam, a former Governor of Minnesota. At the time, Laura was previously engaged to Harrison Williams, said to be the richest man in America with an estimated fortune of $600 million ($8,100,000,000 in today dollars), made in financing public utilities. On July 2, 1926, Mona married Williams, a widower 24 years her senior. For their honeymoon they went on a cruise around the world on Williams' Warrior, at the time, the largest, most expensive pleasure boat in the world.

When they returned from their honeymoon, Williams bought the Georgian mansion at the corner of 94th Street & Fifth Avenue designed by Delano & Aldrich in 1915 for Willard Straight. Mona had it decorated by Syrie Maugham. They also kept an estate named Oak Point on Bayville Avenue, Bayville, Long Island, for which Delano & Aldrich also did alterations. They kept a home on North Ocean Avenue in Palm Beach, and the villa Il Fortino overlooking Capri's Marina Grande, on land which belonged first to Caesar Augustus, and later to the Emperor Tiberius.

In 1933, Mona was named "The Best Dressed Woman in the World" by Chanel, Molyneux, Vionnet, Lelong, and Lanvin, becoming the first American to be so honored. The Duchess of Windsor (1934) and Elsie de Wolfe (1935) would also earn that title. She was named to the International Best Dressed List Hall of Fame in 1958.

In "Ridin' High", (1936) Cole Porter had Ethel Merman sing: "What do I care if Mrs. Harrison Williams is the best dressed woman in town?" In 1943, Mona's portrait was painted by Salvador Dalí.

Williams died in 1953; and in January 1955, Mona married her "secretary" Albrecht Edzard Heinrich Karl, Graf von Bismarck-Schönhausen (1903-1970), an "interior decorator" of an aristocratic sort and the son of Herbert von Bismarck and grandson of the German Chancellor Otto von Bismarck, civilly in New Jersey and, in February 1956, religiously in Rome. They lived mostly in Paris at an apartment in the famed Hôtel Lambert, later at Mona's townhouse at 34 avenue de New York, and at Capri.

In 1970, Mona was widowed again and, in 1971, married Bismarck's physician, "Count" Umberto de Martini, a nobleman (after Mona acquired a title for him from King Umberto II of Italy), who was 14 years younger than she. It was only after his death in a sports car accident in 1979 (later referenced by socialites as "Martini on the rocks") that Mona realized that de Martini, like Bismarck, had married her for her money (exactly the same way she had married Schlesinger, Bush and Williams, so many years before), only de Martini turned out to be already married and had been secretly bilking Mona of funds for his children. When Cristóbal Balenciaga closed his atelier in 1968, Diana Vreeland quipped that Mona did not leave her bedroom in the villa at Capri for three days. Mona donated her papers and photos to the Filson Historical Society in 1976, and several items of unique jewelry to the Smithsonian Institution, including the Bismarck Sapphire Necklace.

In Truman Capote's Answered Prayers (1987), she was the model for the character Kate McCloud.

Mona died in 1983, her will having established the Mona Bismarck American Center for Art and Culture in Paris. She is buried at Bayville, on Long Island. 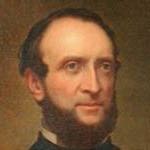 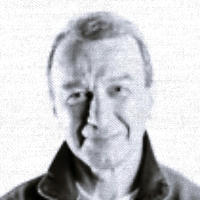 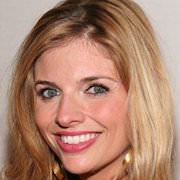