Moise Mbiye (born March 7, 1962) is a Congolese gospel singer songwriter and the pastor at Cite Bethel church in Kinshasa Democratic Republic of the Congo.

Moise Mbiye is 5th of a family of 9 children he Comes from a Christian family whose father is the Emmanuel mbiya mulaya of the church quoted bethel at the time his father was the visionary and at present the Apostle of the Bethel church located all over the world.

At age of 10 he begins the music by integrating a group of children in the church called "Group of Junior Worship" It was in that same group that he learned to manipulate his voice and he continued to grow in music at age of 13 he started to learn all kinds of music such as piano, guitar etc. at 16 he joined the group "Les Etoiles de Praise". He is then the smallest of the group. He plays the keyboard and sings. they record their 1st album entitled "Litatoli" whose Charle Mombaya was artistic director. after the success of the albums he became among the leaders of the band. He releases his first single composed by his father "Chantant Alleluia" featuring his sister Lydie Mbiye and Mike Kalambay. at the end of a time they rejuvenate the group of which a certain number did not have any more availability after 2 years they stars record another album entitled "Plus que cristal" the album was a success for the group and after 1 year of success of the album, Moise Mbiye left the group and launched his first album entitled "Influence" with the song like "Bibomba bomba" "Tuna nga nini" and two years later, he released his second album entitled "Le Coeur de L'agneau" which is still successful.

After the 2nd album, Moise become a Pastor. after his baccalaureate, he deepened his musical knowledge by integrating the INA, but beyond his expectations. He joined a school of theology and became a preacher at Bethel congregation Bethel meeting at Pastor Ignas Ndumbi. In time he became the youth coordinator (president) of the Bethel JMC missionary youth for Christ. He graduated with distinction, but still remained a preacher. Later he became a preacher at the Bethel Central Assembly Church. 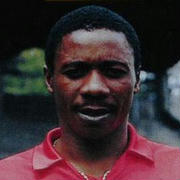 Leader of the UNC party