Majumder, Mohitlal (1888-1952) poet, essayist and literary critic, was born in a Vaidya family on 26 October 1888 in the village of Kanchrapara in Nadia district. He graduated in arts in 1908 from Ripon College (now Surendranath College), Kolkata. He began his career as a teacher at Calcutta High School in 1908 and continued in this profession until 1928. He also worked briefly as a kanungo (1914-1917) in the Settlement Department. He joined University of Dhaka, now in Bangladesh as a lecturer in the Bengali and Sanskrit Department in 1928 and retired from there in 1944.

His present house is in a state of ruin at Chongarbon.

Mohitlal Majumder made his literary debut through the journal "Manasi". Later, he contributed regularly to journals such as the Bharati and Shanibarer Chithi. His early poems, written in pleasing rhythms, reflect the aspirations and sorrows of a dreaming youth. Acquainted with Arabic and Persian, he used Arabic and Persian words in his poems. In pre-Nazrul era, he was the user of Arabic and Persian words. His poems are inspired by both aestheticism and spiritualism.

Mohitlal early poems reveal the influence of Rabindranath Tagore, but later, as a member of the Shanibarer Chithi group, he distanced himself from the older poet.

As a literary critic, Mohitlal attempted to set standards and reveal the problems of art and literature. His psychological and poet-like approach greatly elevated the status of criticism. In writing critiques he used a number of pseudonyms such as Krittivas Ojha, Sabyasachi and Sri Satyasundar Das. 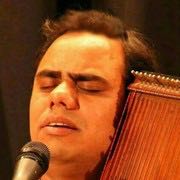 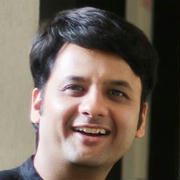