Mohammed Salisu Bamba (born September 17, 1975) is a Ghanaian politician and member of the Sixth Parliament of the Fourth Republic of Ghana representing the Ejura-Sekyedumase Constituency in the Ashanti Region on the ticket of the New Patriotic Party.

Bamba was born on September 17, 1975. He hails from Yendi, a town in the Northern Region of Ghana. He attended the University of Ghana and obtained his Bachelor of Arts degree in Psychology. He is a Muslim and is married with two children.

Bamba is a member of the New Patriotic Party (NPP). In 2012, he contested for the Ejura-Sekyedumase seat on the ticket of the NPP in the 2012 Ghanaian general elections and won. During the elections, he garnered 21,461 votes which represents 49.78% of the total valid votes cast and hence defeated the other contestants. However, in 2016, he contested for the seat again and lost in the 2016 Ghanaian general elections, and as a result, he could represent his constituency for the second time.

The contents of this page are sourced from Wikipedia article on 17 Apr 2020. The contents are available under the CC BY-SA 4.0 license.
comments so far.
Comments
From our partners
Sponsored
Reference sources
References
http://www.ghanamps.com/mps/details.php?id=2597
https://www.ghanaweb.com/GhanaHomePage/republic/parliamentatian.php?ID=31
https://ghanaelections.peacefmonline.com/pages/2012/ashanti/21/
https://ghanaelections.peacefmonline.com/pages/2016/ashanti/21/
Trending today in

Barrister, solicitor and jurist and a former Chief Justice. 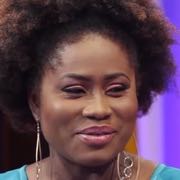