Sadykh bey Aghabekov was born on March 15, 1865 in Goychay city of Baku Governorate. In 1883, he graduated from Baku Realny School, after which he got enrolled to 2nd Konstantinovskoe Military School in St. Petersburg. In 1886, Agabekov began service in Caucasus with the rank of podporuchik. Ten years later, in 1896, successfully passing the exams, he was admitted to the St. Petersburg Institute of Oriental Languages at the General Staff. After graduating from this institute, in 1899 he was sent to Turkestan for further military service. In 1913, Sadykh bey retired from army in the rank of major general due to illness.

At the time of his military service in Turkestan, as a scientist-orientalist, he was collecting folk tales, epics and legends. As a result of titanic work, Sadykh bey published textbook "Turkmen dialect" for which the Emir of Bukhara awarded him a special diploma.

After retiring from the active military duty, Sadykh bey was confident that his military career ended and he would spend the rest of his life in his native Goychay. But after beginning of World War I, he returned to the army and fought in battles in Caucasus and then on the Ukrainian front. In 1916, Aghabekov bey returned to his homeland and lived in his house in Goychay.

After occupation of Azerbaijan, Sadykh bey emigrated to Turkey with his family. He then moved to Paris, where he taught Turkish and Persian languages in Sorbonne for 2 years. In Paris, he had another strike of fate - death of his wife Gulnara.

After death of his wife, at the invitation of Zygmunt Smogorzewski he moved to Lviv where he started to work in Faculty of Philosophy in Lviv University and later in Lviv High Trade School, where he taught Turkish, Persian and Arabic languages. In 1931 Sadykh bey published his Turkish language textbook in Polish language. In 1932, he published textbook about elementary grammar of Arabic language, which had been written on the base of the second edition of the New Arabic Grammar by Auguste Périer.

Aghabekov was buried in Lviv in Lychakiv Cemetery. One of Lviv streets was named in honor of Sadykh bey Agabekov. 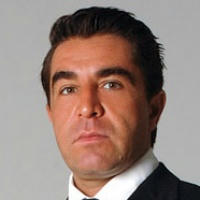