Mohammed Hameeduddin (born c. 1973) is an American politician and the former Mayor of Teaneck, New Jersey from 2010 until 2014. He was elected on July 1, 2010, in a 5-2 vote by the non-partisan township council. The son of immigrants from Hyderabad, India, Hameeduddin is the first Muslim-American to be elected mayor in Bergen County, and one of a few Muslims to hold the office of mayor in the United States.

The township's deputy mayor, Adam Gussen, an Orthodox Jew, had attended primary school, Teaneck High School and Rutgers University with Hameeduddin. Hameeduddin told the New Jersey Jewish News the pair first met in middle school, in grade six, when they were both sent to their school's principal's office for different infractions.

His election sparked media attention to the diversity of Teaneck's population.

Hameeduddin had been Teaneck's first Muslim councilmember when he was elected to a four-year term on the Township Council in 2008. On May 8, 2012, Hameeduddin was re-elected as Mayor of Teaneck with 4,374 votes.

Scholars and journalists have chosen to quote and comment on Hameeduddin's term as mayor.

During the summer of 2010 the conversion of a building in Manhattan to a mosque triggered controversy for some Americans, because it was less than a mile from the site where the World Trade Center towers had been brought down, with great loss of life, by hijacked airliners piloted by Muslim extremists. On August 16, 2010, Gwen Ifill of the PBS Newshour tried to moderate a discussion between Hameeduddin and Rick Lazio a former member of the US Congress and candidate for Governor of New York, overr the "Ground Zero Mosque". The discussion grew acrimonious, very acrimonious by PBS standards, and Ifill felt she should write about how the acrimonious discussion escaped her control to moderate the next day.

Australian scholars, comparing how American television and Australian television marked the tenth anniversary of al Qaeda's attack of 9-11, chose to quote Hameeduddin. Hameeduddin's comment was originally broadcast on the Seven Network as a response to anti-Muslim retaliations:

Tina Susman, reporting in the Los Angeles Times also chose to quote Hameeduddin, in its coverage of the Ground Zero Mosque controversy. She noted how he described how some politicians focussed on Muslims, when "looking for a wedge issue." She also noted the high regard his Jewish colleagues apparently felt for him, quoting Elie Y. Katz, who joked Hameeduddin encouraged him to be a better Jew, when he knew Katz was missing attending synagogue.

Hameeduddin was included in a list of prominent Muslim office-holders in "Sons of Abraham: A Candid Conversation about the Issues That Divide and Unite Jews and Muslims". The other six individuals offered as examples were Congressional Representatives or Presidential appointees.

In "Uncle Swamy" Vijay Prashad described the struggles individuals of South Asian ethnic heritage have engaged in to be accepted more fully into the mainstream of American life. He praised Teaneck city council for passing a "far-sighted anti-bias resolution" under Hameeduddin's leadership.

In December 2011 CBS News quoted Hameeduddin in a report about a general problem in New Jersey. Hameeduddin told Levon Putney that in 2008 five deputy fire chiefs retired, telling the city they were each owed a substantial payout for unused sick-pay. He said that the officials had been trusted to keep track of their own sick-pay. Teaneck closed this loophole for its own officials. But in 2011 New Jersey Governor Chris Christie called for an end to local officials keeping track of their own sick pay.

In March 2013 Hameedudin was chosen to appear in a panel at the Wilson Center, entitled "American Muslim Local Officials: Challenges and Opportunities".

Hameeduddin participated as one of three Muslim celebrity judges during the "Crescent Foods Cooking Challenge" at the "Sameer's Eats Halal Food Tour" in July 2013. Four cooking teams were challenged to prepare a halal meal with mystery ingredients. 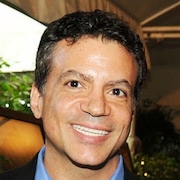