Lieutenant General Mohammad Ahmed Zaki (born 20 January 1935, Hyderabad, Telangana) is a retired army general. He was born in a Hyderabadi family with a long history of service in the Nizam's Army. His father was a retired Colonel in the Nizam's Cavalry forces.

Zaki was educated at the Rashtriya Indian Military College, Dehra Dun from 1947 to 1951. He was selected for the National Defence Academy in 1952 and on getting commissioned in the Indian Army, he joined 19 Maratha Light Infantry in 1955.

In the Indo-Pakistani War of 1965, Zaki was wounded in the battle of Thatti Jaimal Singh and was awarded "Vir Chakra" for a conspicuous display of gallantry in the face of the enemy. During the Indo-Pakistani War of 1971, he was in command of 2 Maratha LI (Kali Panchvin) in the Shakargarh area. He has held many important appointments such as Instructor at the Infantry School, Mhow, Brigade Major in Ladakh and Instructor at the Defence Services Staff College, Wellington.

In March 1976, he raised 18 Maratha LI. He was promoted to the rank of Brigadier and took over the command of 86 Infantry Brigade in Punjab. In 1984-85, he became DIG Mizoram Range (Assam Rifles). He was awarded the Ati Vishisht Seva Medal and promoted to the rank of Major General. In August 1985, he assumed the command of the Telangana, Tamil Nadu, Karnataka, Kerala and Goa area. Later, he was posted as General Officer Commanding, 19 Infantry Division in Jammu and Kashmir from 1986-87.

Further elevated to the rank of Lieutenant General in 1988, he took over as Director General Infantry. General Zaki was awarded the Param Vishisht Seva Medal in 1991. He took over as Commandant of the Indian Military Academy, Dehradun in June 1991. After that, he was appointed an Advisor to the Governor of Jammu and Kashmir. He retired from the Indian Army in 1993. He had a second stint as Advisor to the Governor, Jammu and Kashmir from 1993 to 1995. General Zaki was awarded the Padma Shri by the Government of India in 2001 for his services to the nation.

However, he has also been accused of criminal misconduct in abetting or worse, participating in theft 147 bars of gold seized during a routine search operation conducted by one of his units in April 11, 1990 in Kashmir. An Armed Forces Tribunal (AFT) noted this during their investigation " role of superiors, including the General Officer Commanding-in Chief (GOC-IC)—the highly-decorated Lt Gen Mohammad Ahmed Zaki—commandant Colonel K.R.S. Panwar and associates (2nd Lt Rajiv Shukla, Lt Col M.S. Rawat, Captain Amit Hajela and Major Mukesh Sangoori), “seems to be not up to mark and suffers from extraneous considerations”. Full article link http://www.outlookindia.com/magazine/story/shooting-the-brother/298454 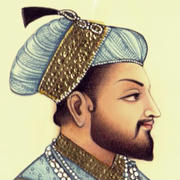 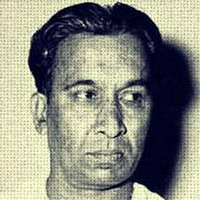 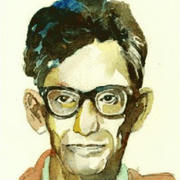 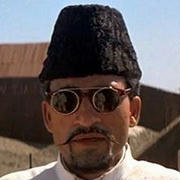