Miyoshi Umeki (梅木 美代志, Umeki Miyoshi, or ミヨシ・ウメキ Miyoshi Umeki, May 8, 1929 – August 28, 2007) was a Japanese American actress and standards singer. She was best known for her roles as Katsumi in the film Sayonara (1957), Mei Li in the Broadway musical and 1961 film Flower Drum Song, and Mrs. Livingston in the television series The Courtship of Eddie's Father. She was a shin Issei, or post-1945 immigrant from Japan.

She was a Tony Award and Golden Globe nominated actress and the first (and, as of 2016) only Asian woman to win an Academy Award for acting.

Born in Otaru, Hokkaido, she was the youngest of nine children. Her father owned an iron factory. After World War II, Umeki began her career as a nightclub singer in Japan, using the name Nancy Umeki. Her early influences were traditional Kabuki theater and American pop music. Later, in one of her appearances on The Merv Griffin Show, she treated viewers to her impression of singer Billy Eckstine, one of her American favorites growing up.

She recorded for RCA Victor Japan from 1950–1954 and appeared in the film Seishun Jazu Musume. She recorded mostly American jazz standards, which she sang partially in Japanese and partially in English, or solely in either language. Some of the songs she sang during this period were "It Isn't Fair", "Sentimental Me", "My Foolish Heart", "With A Song In My Heart", "Again", "Vaya Con Dios", "(How Much Is) That Doggie in the Window?" and "I'll Walk Alone". She moved to the United States in 1955 and after appearing on the Arthur Godfrey Talent Scouts (she was a series regular for one season), she signed with the Mercury Records label and released several singles and two albums.

In 1958, she appeared twice on the NBC variety show, The Gisele MacKenzie Show in which she performed "How Deep Is the Ocean".

In 1958, she was nominated for a Tony Award for Best Leading Actress in a Musical for her performance in the Broadway premiere production of the musical Flower Drum Song, where she played Mei-Li. The show ran for two years. A Time magazine cover story said that "the warmth of her art works a kind of tranquil magic". Umeki went on to appear in the film adaptation of the musical. She was nominated for a Golden Globe Award for Flower Drum Song.

Although a guest on many television variety shows, she appeared in only four more motion pictures through 1962, including the film version of Flower Drum Song (1961). The others were Cry for Happy (1961), The Horizontal Lieutenant (1962) and A Girl Named Tamiko (1963).

From 1969–1972 she appeared in The Courtship of Eddie's Father as Mrs. Livingston, the housekeeper, for which she was again nominated for a Golden Globe Award. She retired from acting following the end of the series.

Her first marriage, to television director Frederick Winfield "Wynn" Opie in 1958, ended in divorce in 1967. The couple had one son — Michael H. Opie, born in 1964. She married Randall Hood in 1968, who adopted her son, changing his name to Michael Randall Hood. The couple operated a Los Angeles-based business renting editing equipment to film studios and university film programs. Randall Hood died in 1976.

According to her son, Umeki lived in Sherman Oaks for a number of years before moving to Licking, Missouri, to be near her son and his family, which included two grandchildren. She died at the age of 78 from cancer complications.

During her recording career in Japan, Miyoshi recorded the following songs:

Two other Japanese language songs were recorded in 1952.

She signed with Mercury Records in 1955 and recorded the following 45 rpm singles:

Miyoshi recorded a version of "Pick Yourself Up" for Mercury Records in 1959, but the song was never released.

Miyoshi Umeki recorded two theme songs for films in which she appeared: 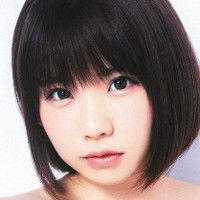