On 3 August 2010, Mithra Jin enlisted for mandatory military service, he entered the 102 reserve in Chuncheon, then served as an infantry rifle soldier, a member of the military band and a GOP soldier, and finally at the Defense Media Agency (DEMA). He was discharged by the Ministry of Defense in Yongsan-gu, Seoul on 14 May 2012.

On 22 December 2014 it was revealed he was dating actress Kwon Da-hyun. On 10 August 2015 it was stated that Mithra Jin and Kwon Da-hyun are to marry in early October.

Mithra was originally a poet whose poems also worked as rhymes. Then he made a debut in the group named K-Ryders, which included J-Win, DJ D-Tones, Kyung Bin. K-Ryders actively led a concert in Korean underground around the 2000s, and was disbanded in 2002 due to members' personal reasons. Emceeing in public parks and poetry readings were the first places where he met Tablo, one of the members of their eventual group Epik High.

In 2012 it was revealed DJ Tukutz & Mithra Jin were no longer signed to Woollim Entertainment. Around June/July several hints were given to the possible Epik High comeback in the second half on the year such as the YG Entertainment Stock Report, a tweet from a fashion Designer which said that they're making the costumes for Epik High's comeback under YG, and a tweet from Jerry K to Tablo that said he is anticipating the new Epik High album. On 25 July 2012, YG officially announced that Epik High would make their comeback with the album 99 in September, after a three-year hiatus as a group.

The contents of this page are sourced from Wikipedia article. The contents are available under the CC BY-SA 4.0 license.
View Mithra Jin 's image gallery
Image Gallery 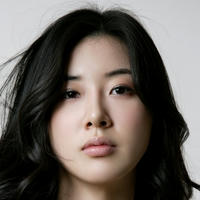