Mitch Easter (born November 15, 1954) is a musician, songwriter, and record producer. Frequently associated with the jangle pop style of guitar music, Easter is known as producer of R.E.M.'s early albums from 1981 through 1984, and as frontman of the 1980s band Let's Active.

Easter was born in Winston-Salem, North Carolina. Easter was deeply involved in music from an early age. He attended the University of North Carolina, from 1974 to his graduation in 1978. He played in a number of school bands, some of them with his childhood friend Chris Stamey (later of The dB's). As a record producer, Easter is probably best known for his work with R.E.M. from 1981 through 1984. Since 1981, Easter has produced, engineered, and often made musical contributions to albums from many other recording artists, including Mary Prankster, Ex Hex, Ben Folds Five, Pylon, Helium, Pavement, Suzanne Vega, Game Theory, The Loud Family, Marshall Crenshaw, The Connells, Velvet Crush, Ken Stringfellow (of The Posies), and Birds of Avalon.

Asked in 1999 about his favorite projects as a producer, Easter cited R.E.M.'s Chronic Town and Game Theory's records – Real Nighttime (1984), The Big Shot Chronicles (1985), Lolita Nation (1987), and Two Steps from the Middle Ages (1988) – which Easter called "a lot of fun, because of the variety in the way they approached recording."

At the age of 15, in 1970, Easter joined the band Rittenhouse Square which included friends Chris Stamey, Peter Holsapple, and Bobby Locke. Membership in the band changed frequently. The group released an independent album in 1972 but broke up in 1973, after its various members went off to college.

In 1978, Easter joined Stamey's Sneakers, a band which Easter characterized as "pre-punk transitional." Prior to Easter, the Sneakers released a self-titled 7-inch EP (with original guitarist Rob Slater) and one album with Easter replacing Slater, In the Red (1978). When the Sneakers disbanded in the late 1970s, Stamey and bandmate Will Rigby formed The dB's and moved to New York. Easter did likewise, but soon returned to Winston-Salem.

In January 2006, the Sneakers played a reunion show in New York. In the Red has been reissued on CD by East Side Digital and Collectors' Choice Music, and in September 2015, Omnivore Recordings reissued the Sneakers EP as a CD with five bonus tracks.

In 1981, Easter formed Let's Active with then-girlfriend Faye Hunter and drummer Sara Romweber. Around the same time, Easter worked with R.E.M. to record their debut single, "Radio Free Europe". This initial work led to a number of collaborations with the band, with Easter producing their debut EP and (with Don Dixon) their first two albums. Let's Active toured with R.E.M., which led to a recording contract with I.R.S. Records. Although Let's Active was not commercially successful, Easter's offbeat style of guitar-based pop music, which came to be known as jangle pop, was considered a major influence on groups such as R.E.M.

By 1990, Easter had become known primarily as a producer and engineer. During the 1990s, Easter rarely performed or recorded his own music, although he did join Velvet Crush as a touring guitarist for a time in the mid-1990s.

In 2000, Easter re-teamed with Let's Active member Eric Marshall and with Shalini Chatterjee (who married Easter in 2003), to form the trio Shalini. The three also briefly played under the name The Fiendish Minstrels, which featured Easter's lead vocals, as well as a selection of Let's Active tunes in its repertoire. With Easter as guitarist for the band Shalini, as well as its producer, Shalini released the albums We Want Jelly Donuts (2000), Metal Corner (2004), and The Surface and the Shine (2007).

Mitch Easter released his first solo album, Dynamico, on March 13, 2007. The record was the first on his own imprint, Electric Devil Records, and was initially distributed by 125 Records. Dynamico marked Easter's first work as frontman of a band in the 18 years since he disbanded Let's Active. Easter formed a combo that toured with him in 2007 in support of the album, with Shalini as the opening act, to promote Dynamico and Shalini's 2007 album The Surface and the Shine.

Easter dismissed Chatterjee from his band in January 2010, and the two had divorced by 2011. Their "recording relationship" was dissolved prior to the release of Shalini's 2010 album Magnetic North, which was produced by Easter, but on which he did not perform.

In December 2010, Easter teamed with Chris Stamey, R.E.M. bassist Mike Mills, and drummer Jody Stephens of Big Star, along with a string section, to perform a live tribute performance of Big Star's album Third/Sister Lovers in Chapel Hill, North Carolina. Joined by additional performers such as Matthew Sweet, the group performed a similar tribute concert in New York City on March 26, 2011, at the Barbican in London on May 28, 2012, The ongoing project has continued with concerts in Chicago and New York in 2013, a January 2014 concert in Sydney, Australia, and a series of five U.S. shows later in 2014 that included Seattle's Bumbershoot festival and a festival in Athens, Georgia. Performances in 2015 included a September show in Minneapolis and two October dates in San Francisco.

Former physician at the Hospital for Special Surgery 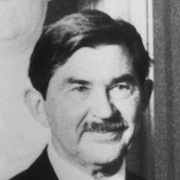 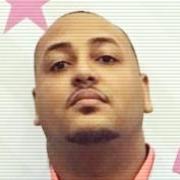