Mary (Missy) Cummings (born ca 1966) is a Professor at Duke University and director of Duke's Humans and Autonomy Laboratory. She was one of the United States Navy's first female fighter pilots.

Cummings spent eleven years (1988–1999) as a naval officer and military pilot, earning the rank of lieutenant, and was one of the Navy's first female fighter pilots, flying an F/A-18 Hornet. She became a fighter pilot shortly after the Combat Exclusion Policy was repealed in 1993, and her self-published book, Hornet's Nest, recounts her experience with discrimination and hostility as one of the first women in the fighter community. Her first callsign was Medusa and her second was Shrew. In an interview on The Daily Show with Jon Stewart she described her callsign as "Awesome - I am so Kate from The Taming of the Shrew".

She was an instructor for the U.S. Navy at Pennsylvania State University, an assistant professor at Virginia Tech in their Engineering Fundamentals Division, and an associate professor of Aeronautics and Astronautics at the Massachusetts Institute of Technology.

Her research interests include human supervisory control, explainable artificial intelligence, human-autonomous system collaboration, human-robot interaction, human-systems engineering, and the ethical and social impact of technology. She is an American Institute of Aeronautics and Astronautics (AIAA) Fellow, a member of the AIAA Board of Trustees, the Defense Innovation Advisory Board, and the Veoneer, Inc. Board of Directors. 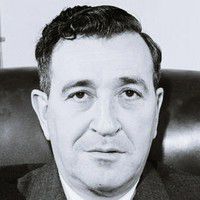