Rosa María Juana Martínez Suárez (born 23 February 1927), known by her stage name Mirtha Legrand (″Legrand″ being a portmanteau for the French Le grand, English: The Great, Spanish: La grande) is an Argentine actress and television presenter, twin sister of Silvia Legrand. With a 72-year career, Legrand is one of the most popular entertainment figures in Argentina.

Legrand and her sister Silvia were born on 23 February 1927 in Villa Cañás to José Martínez, a librarian, and Rosa Suárez, a school teacher. They have a sibling named José Antonio. Their parents were Spanish. They broke apart in 1934 and Rosa moved to Rosario with her three children, where the Legrand sisters took classes of singing and dancing. In 1936 they moved to the La Paternal neighborhood in Buenos Aires.

Legrand began her career in the carnival of 1939 when she participated in a contest organised by the Diario de Cine programme (English: Cinema Diary) at Belgrano Radio. She rose to fame in the late 1930s and early 1940s, during the golden era of the Argentine filming that resembled the Hollywood one. Her film debut was in Educating Niní, which also had the participation of Niní Marshall and Legrand's sister Silvia. Despite having appeared in 36 films and twelve theatrical performances, Legrand is best known for her television programmes.

Her cinematographic career spanned more than 25 years from 1939 to 1965. She participated in 36 films of Argentina and Spain, including: 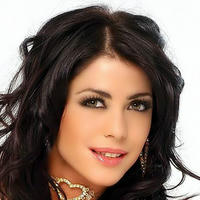