She was a player of HKS Łódź, Chemia Łódź, Unia Łódź, Stal Bielsko-Biała, Wisła Kraków, Start Gdynia. After end of her career as a player she became a coach. 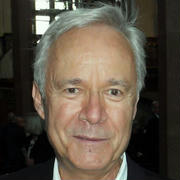