Mireia Belmonte García (born 10 November 1990) is a Spanish competitive swimmer who specializes in medley, freestyle and butterfly events. She became the first Spanish woman to win an Olympic swimming gold medal when she won gold in the 200-meter butterfly at the 2016 Summer Olympics. She currently holds five world records in short course events.

She achieved the 2nd place in 400 m individual medley in the 2007 European SC Championship with 4:31.06, just behind the Italian Alessia Filippi.This year she started to train with Carles Subirana.

In December 2010 she won three gold medals and a silver medal in the FINA Short Course World Championship.

In August 2012 Belmonte won two silver medals at the 2012 Summer Olympics in London: one in 200m butterfly and another one in 800m freestyle. She became the first Spanish swimmer to win two Olympic medals.

Belmonte posted a 7:59.34 in the 800 SCM Freestyle to become the first woman to ever break 8:00. This was her first freestyle world record.

Belmonte won gold in the women's 200m butterfly in Rio. She clocked in at 2:04.85, just 3 hundredths of a second ahead of the silver medalist, Australia swimmer Madeline Grove, who finished with the quickest time in the semifinal. She was the first Spanish female swimmer to become an Olympic champion. Previously she had won a bronze medal in the 400m individual medley, behind Katinka Hosszu and Maya DiRado. 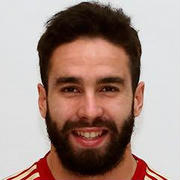