Nast performed in Dresden from 1898–1919 and then taught singing there until the bombing of the city in 1945 during World War II. She also toured in Canada, the United States, Russia, the Netherlands, and England. After the 1907 winter season, a shipwreck cost many of the opera company their lives and made her decide never to tour overseas again.

Nast specialized in light and soubrette roles, especially Mozart, and she created the part of Sophie in Der Rosenkavalier in 1911. Her clear tone and lack of continuous vibrato were echoed by other sopranos of the period. She made some recordings which indicate high technical accomplishment, including her part in the trio from Der Rosenkavalier. She also sang the part of Micaëla in the first recording of Carmen. Nast died in Füssen. 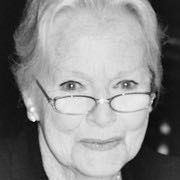