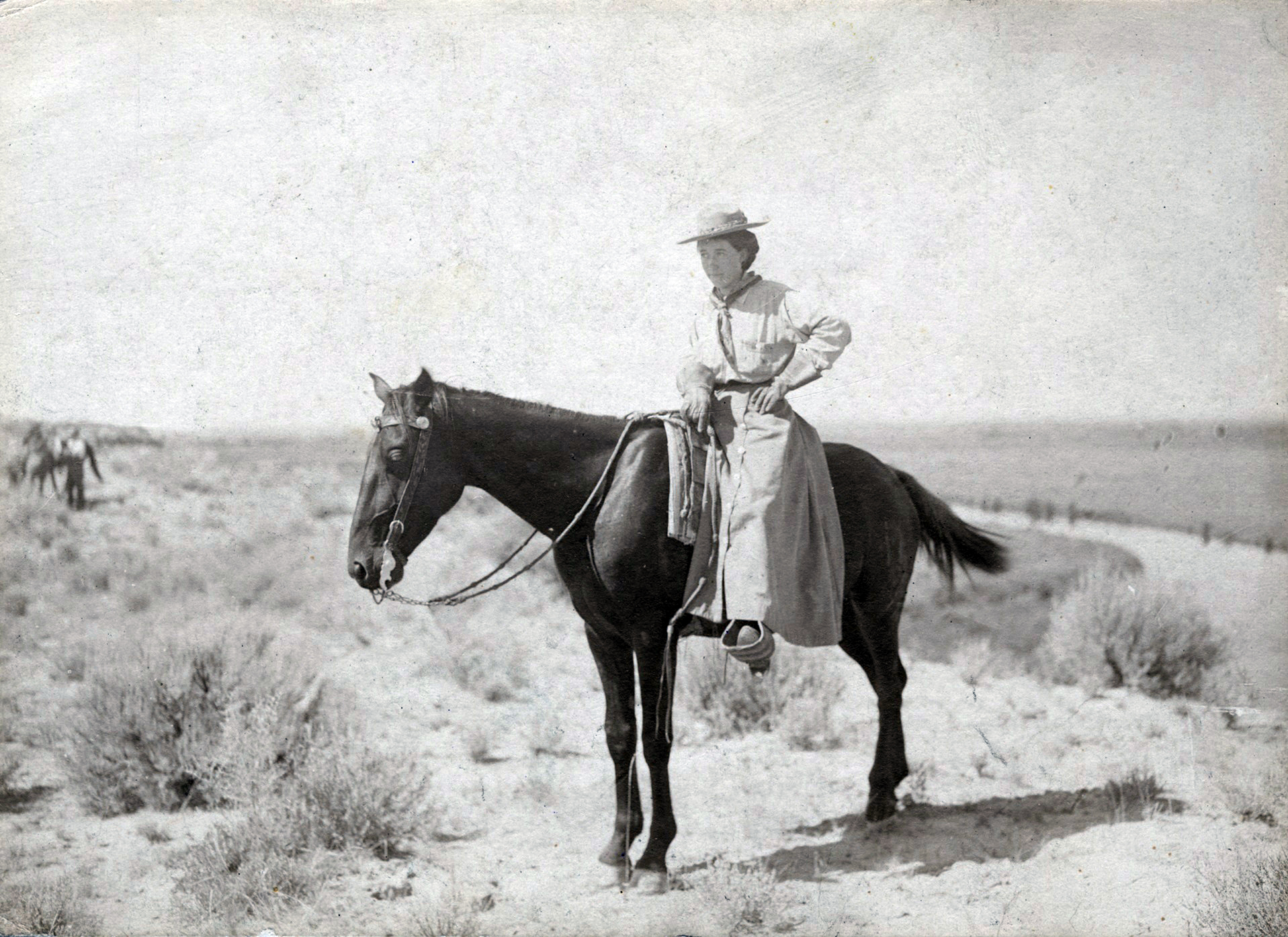 Minerva Bernetta Kohlhepp Teichert (August 28, 1888 – May 3, 1976) was an American painter notable for her art depicting Western and Mormon subjects, including a collection of murals depicting scenes from the Book of Mormon.

Teichert was born in Ogden, Utah Territory, to Frederick John Kohlhepp and Mary Ella Hickman. She grew up on a ranch in Idaho as the second of ten children. Her mother gave her her first set of watercolors when she was just four years old. As a child, she did not receive a formal education. For entertainment, she acted out plays and helped her father work on the farm. She enjoyed riding her horse, exploring and sketching scenes from nature.

She left Idaho at age 14 to be a nursemaid in San Francisco. It was in San Francisco that she saw an art museum for the first time. She also took some classes at Mark Hopkins Art School. She returned home, and after graduating from Pocatello High School, she taught in Idaho to earn money to travel out east.

Minverva studied at the Art Institute of Chicago under John Vanderpoel. While in Chicago, she became known as "Miss Idaho." She finished her courses in 1912 and returned to Indian Warm Springs, Idaho to earn more money. During this time, she was courted by two young men. She also met her future husband, Herman Teichert. She left Herman and Idaho to pursue art. She then studied at the Art Students League of New York in 1914, where she studied under Robert Henri, George Bridgman, and Dimitri Romanoffski. Henri gave Minerva a scholarship and ranked her among his best three students. Minerva earned money for school by sketching cadavers for medical schools. She also illustrated children's books and performed rope tricks and Indian dances. She was known for a headband that she wore throughout her life, which may have come from these performances.

In 1917, she returned to Idaho. On September 15, 1917, she married Herman Adolph Teichert. After their marriage, he left to fight in World War I. The couple had five children. Minerva spent most of her life on a ranch in Cokeville, Wyoming while painting the things she knew and loved best: scenes from western Americana, and religious artwork expressing her deeply held convictions. During her early years of marriage, she sketched on scraps of wood and paper because there wasn't enough money to buy art supplies.

Teichert painted throughout her life. She painted in her living room; while working on murals she folded her canvas and used the large end of a pair of binoculars to look at her work in perspective. She once explained "I must paint", when asked about how she persisted in painting despite being in near-complete artistic isolation, without a dedicated studio or even much free time to create. Teichert was an independent, opinionated woman who stood up for women's rights and was an outspoken political conservative. She even shared her talents with others and gave art lessons out of her home.

Women and western themes feature prominently in Teichert's works, such as The Madonna of 1847, which depicts a mother and child in a covered wagon, crossing the plains to settle in Utah. While Teichert painted over 400 murals, she is known for a set of 42 murals from the Book of Mormon, as well as her murals inside the Manti Utah Temple. She also painted murals for the church's tabernacle in Montpelier, Idaho, but unfortunately, they were removed to make space for a heating system.

Teichert's distinctive style can be seen in the painting Christ in the Red Robe, in which women can be seen reaching out to Christ. He is depicted in a red robe at his second coming, referencing Isaiah. The colors are mostly subdued, except for the central figure who is brightly illustrated.

Teichert painted much of the clothing in her paintings with patterns, a detail unique to her paintings. She would also include the color red to add contrast. She often left the edges unfinished or just sketched. Many of her paintings are filled with the colors from the desert and feature distant mountains.

The Utah Museum of Fine Arts in Salt Lake City, Utah, currently owns two works by Teichert: "Battle of the Bulls", dated circa 1946, and "Market Girl," circa 1912. "Pioneers: Water Scene," from 1936, is in the collection of the Brigham City Museum.

Teichert was a member of The Church of Jesus Christ of Latter-day Saints. Her faith impacted the subjects of much of her work. She was the first woman sent on an art mission by the church to Chicago and then to New York City before she attended the Art Students League. She served in various responsibilities in the church, including Primary President. and Sunday School President. She also worked with the Young Women organization.

Her husband, Herman, was not a member of the church when the couple was married. He supported her activity in the church and donated tithing. He was later baptized in 1933. The couple was sealed the following year in the Logan Utah Temple.

Teichert continued painting into her seventies. Due to a hip fracture, she had to stop painting. She died in Provo, Utah, in 1976.