Min-Liang Tan (simplified Chinese: 陈民亮; traditional Chinese: 陳民亮; pinyin: Chén Mínliàng) is a Singaporean entrepreneur. He is best known as the co-founder, CEO and Creative Director of gaming hardware company, Razer Inc. and CEO of THX as of May 2017. He directs and oversees the design and development of all Razer products. Tan was a lawyer before he co-founded Razer with Robert Krakoff.

Tan is a board member of Intellectual Property Office of Singapore (IPOS).

Tan was named "Top 10 Most Influential Leaders in Tech" in 2015 by Juniper Research, ahead of other leaders such as Elon Musk of Tesla and Space X and Jack Ma of Alibaba. Tan has been named one of "The 25 Most Creative People in Tech" by Business Insider together with Jonathan Ive and Gabe Newell. He has also been ranked one of the top 40 most powerful people in gaming by Kotaku in their "The Kotaku Power 40" list. Tan was also ranked No 1 of the 30 top South East Asia tech founders by TechinAsia. Tan was named the Asian of the Year in 2016 by the Straits Times.

He has also won awards from his alma mater, the National University of Singapore, who has awarded him with the Outstanding NUS Innovator Award in 2011 and as one of their Outstanding Young Alumni. in 2015.

Tan has a cult-like following worldwide and his fans have created fansites of him as well as even tattooed Tan's name on themselves. One of his fans has gone as far as tattooing Tan's face on himself.

Tan is a founding member of the Open Source Virtual Reality platform, which aims to create a common standard for VR program design. The next frontier for Razer has been said to lie in the realm of virtual reality, and Tan hopes to create an entire virtual reality industry, citing that the prospects are “phenomenal” in entertainment, health care and military applications.

Born in 1977 in Singapore to a real estate consultant and homemaker mother, Tan is the youngest of four children in his family. Being raised in Singapore, he is fluent in English and Mandarin. Two of Tan's siblings eventually became doctors, one of whom is the renowned clinician-scientist Min-Han Tan, another became a lawyer, and the last — Tan — an ex-lawyer.

Tan attended Raffles Institution and Hwa Chong Junior College prior to attending university and graduated from the National University of Singapore Faculty of Law. Tan was ranked top 20 in his post-graduate law class when he graduated in 2002.

Prior to founding Razer, Tan was an advocate and solicitor for the Supreme Court of Singapore.

In 1999, Tan and Robert Krakoff (who was GM of kärna) meet and work together to design the world's first gaming mouse - the "Razer Boomslang".

In 2005, Tan and Robert Krakoff acquire the rights to the Razer brand and officially incorporate Razer Inc. in San Diego, California. Tan takes on the role of CEO and Creative Director of Razer.

On Mar 31, 2015, Tan was appointed as a board member of Intellectual Property Office of Singapore (IPOS).

On November 13, 2017, Razer goes IPO and Tan becomes the youngest self-made Singaporean billionaire at the age of 40.

Appearances in movies and games

Tan was a backer of Wasteland 2 and Torment: Tides of Numenera on Kickstarter which resulted in him being added to both games as a non-player character.

Tan has also had cameos in movies like Dead Rising: Watchtower where he acted as a zombie.

In March 2012, Tan contributed US$10,000 to the Wasteland 2 Kickstarter project where he admitted it was to atone for infringing the copyright of Wasteland when he was a child. Brian Fargo replies that Tan has more than made up for his downloading of the game.

In November 2014, Tan donated US$10,000 and did the Ice Bucket Challenge in an effort to raise funds for ALS.

In February 2015, Tan donated £10,000 to fight Motor Neuron Disease. The donation was done via Twitch live stream subscription to ProSyndicate. 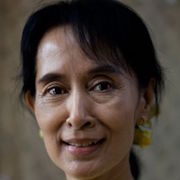 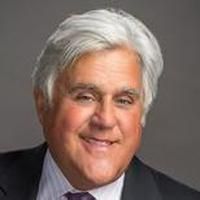 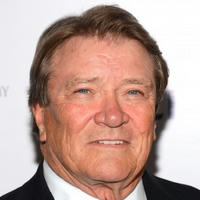