Miles Sullivan (19 August 1917 — 27 February 2016) was an American chemist/scientist best known as the creator of the drinking bird—a toy bird that sits on the edge of a glass, perpetually bobbing in water without any internal or external energy source.

Miles Sullivan was born as Miles Vincent Sullivan on August 19, 1917, in Fargo, North Dakota. He was raised in Winona, Minnesota.

Sullivan is a graduate of Wabash College, Crawfordsville, Indiana. He then served in the United States Navy during World War II before earning his Ph.D. in physical chemistry at Purdue University, West Lafayette, Indiana.

After finishing his education, Sullivan began his professional career in technology projects at Bell Telephone Laboratories, Murray Hill, New Jersey. He remained with Bell for 35 years, during which time, he earned many patents, including a link that provided energy to the Mars Rover.

Of the more than 90 patents, he is perhaps best recognized for the patent (US2402463A) for the drinking bird toy that sits on the edge of a glass, perpetually bobbing in water without any internal or external energy source. He was granted the patent on June 18, 1946.

The then United States President Herbert Hoover had one on his desk in the Oval Office. The drinking bird even reached Albert Einstein, who once stayed up all night, puzzled about how it worked. When asked in the morning if he had figured it out, he shook his head then proceeded to disassemble the bird for his answer.

After retirement from Bell in 1982, Sullivan and his wife, Evelyn, lived in Hendersonville, North Carolina. In 2000, the family relocated to Friendship Village in Kalamazoo, Michigan, where Sullivan was a member of Calvary Bible Church.

While studying at Purdue University, Sullivan met his wife, Evelyn (née Burns) Sullivan. After getting married, they settled in Summit, New Jersey, where he worked at Bell Telephone Laboratories in Murray Hill, New Jersey. After his retirement from Bell, they relocated to Hendersonville, North Carolina, eventually retiring in Kalamazoo, Michigan in 2000.

To cite the article
Citation
We strive for accuracy and fairness. If you notice a mistake, please contact us. Below the article, you will find links to the references used.
comments so far.
Comments
Reference sources
References
https://www.findagrave.com/memorial/120681406/thomas-selck-sullivan
Trending today in 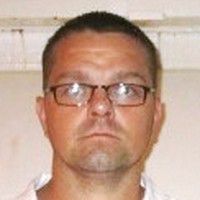